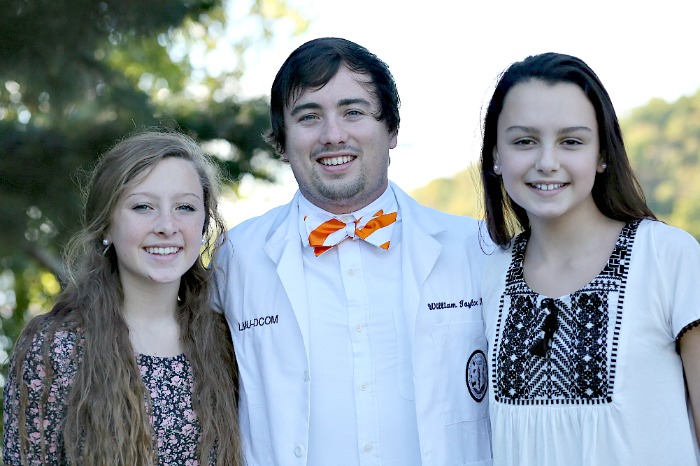 When he was four years old, he walked in with me to a Gross Anatomy lecture, his smile a mile wide and his tousled hair with his signature cowlick making him the cutest thing since sliced bread.  He wasn’t feeling well (or just wanted to spend the day with mom?) and since the lectures were only supposed to last an hour or two, I toted him in with a stack of BatMan paraphernalia, knowing that he’d sit quiet and play until class was over.  Typical first born he was—obedient, eager to please, driven to succeed.

Now 24 with a tamed colic but the same wide smile, he’s sitting in Gross Anatomy without me, himself a first year medical student, as eager and driven as ever, same magnanimous personality as when he won over the hearts of my classmates 20 years ago. END_OF_DOCUMENT_TOKEN_TO_BE_REPLACED

“If we were taught to cook as we are taught to walk, encouraged first to feel for pebbles with our toes, then to wobble forward and fall, then had our hands firmly tugged on so we would try again, we would learn that being good at it relies on something deeply rooted, akin to walking, to get good at which we need only guidance, senses, and a little faith. We aren’t often taught to cook like that, so when we watch people cook naturally, in what looks like an agreement between cook and cooked, we think that they were born with an ability to simply know that an egg is done, that the fish needs flipping, and that the soup needs salt. Instinct, whether on the ground or in the kitchen, is not a destination but a path.” ~Tamar Adler 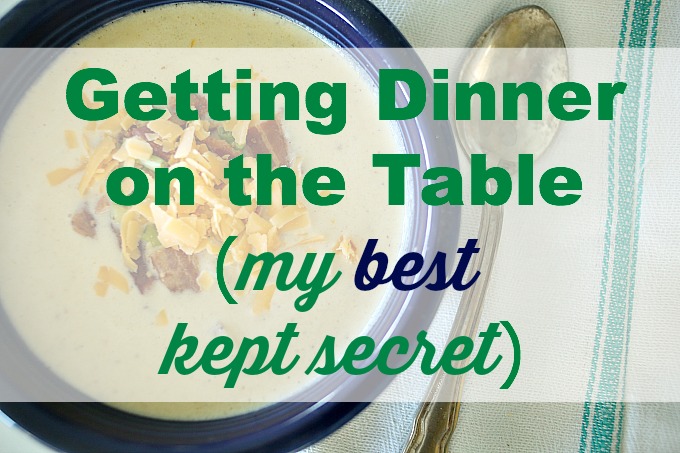 I guess I should start with a confession—we had Sonic for dinner last night.  It was overall a bad decision and a bad experience, exacerbated by the fact that we waited 22 minutes for it.  I know, because the particular Sonic near our house is just about as SLOW AS MOLASSES so I’ve learned to elevate my stress level by watching the clock.  Last time we went through for fruity drinks I told my girls to enjoy them because we we were NEVER going back.  You see how that worked out for me.  When Sonic used to have skaters bring your food, you would be forgiving of the tardiness because well, someone is bringing your food to you ON SKATES.  Apparently, you can either bring bad food to me fast or on skates and I won’t complain.  There were no skates at this Sonic and the wait and food were equally bad.  Sonic used to seem like fun to me but something about turning 40 and needing to properly digest food interfered with all that.  Also, fast food should be fast. 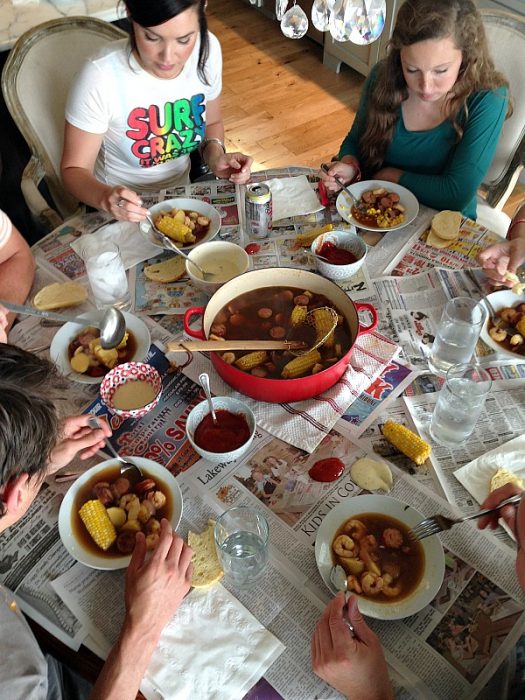 I’m really not a food snob and we eat out some, but we often regret it, either then or sometime that night.   I ADORE good food.  I hoard chicken stock and other things in my pantry and I cook a lot.  After 25 years or so of trying to feed myself and my people, I’ve learned a valuable secret to getting dinner on the table most nights.  And when I fail to take my own advice, I end in a state of hangry (hungry+angry) at somewhere like Sonic.

And here’s the kicker—it wasn’t because I wasn’t prepared to make dinner last night.  That’s the saddest part.  I had my menu planned and I had ALL the ingredients sitting on the counter most of the day. But I kept putting off starting it.  I procrastinated it 47 times until there were no more times left to procrastinate it. 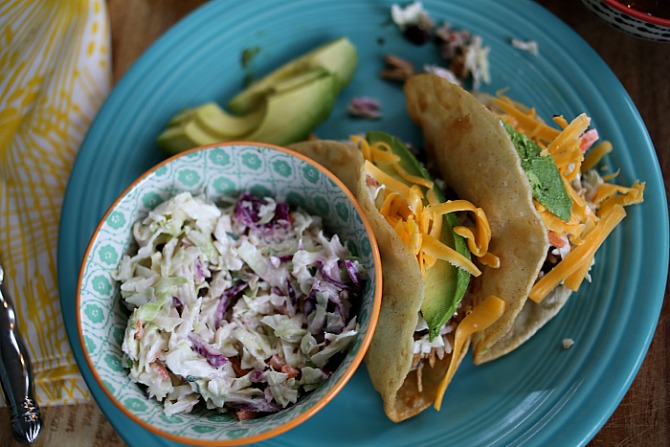 So, here’s my secret for getting dinner on the table—DO IT EARLY IN THE DAY.

Now, stay with me, because you’re going to tell me you don’t have time to make dinner in the mornings.  My gentle reply is you don’t have time not to.  When I worked, I almost always got dinner started (or finished) before I left for work OR we ended up eating out.  It’s so daunting to think about starting dinner at 5’oclock with hungry short people pawing at you.   And the truth is? I actually find the temptation to procrastinate worse since I stay home most days.  I keep thinking I can do it anytime, but if I don’t do it in the mornings, the chances are high that it won’t get done.

You also have the added benefit of getting a lot of the initial mess cleaned up and out of the way and I’m much more likely to be enthusiastic about doing dishes at 7 or 8 in the morning than at 8 at night.  And do you know how much momentum it gives you for the rest of the day to know you have dinner started or even done before you leave home for the day.  SO MUCH!! You’re a hero.  You’re super woman. No matter what else happens throughout the day, you can whisper to yourself, well at least I have dinner figured out.  I would venture to say that it doubles my productivity during the day if I get dinner going early.  It’s a quick win, which usually leads to other wins.  It makes you feel so responsible and grown up and capable.

Here’s how it works for me……

And what if you did a slow cooked meat on Monday, a crock pot recipe on Tuesday, leftovers on Wednesday, a soup of Thursday, and then pizza on Friday.  There’s you easy peasy meal plan!  I have a techy version of my meal plan that you might enjoy too, but sometimes I think we can overcomplicate it. Use whatever works for you but the game changer for me was when I started making supper at breakfast.

I know that not everything can be cooked ahead of time but SO MANY THINGS can.   I hope this helps you get supper on the table and saves you from being hangry at Sonic.

p.s. I’d love to know your favorite trick, too!

My book is available for preorder now! Click here! 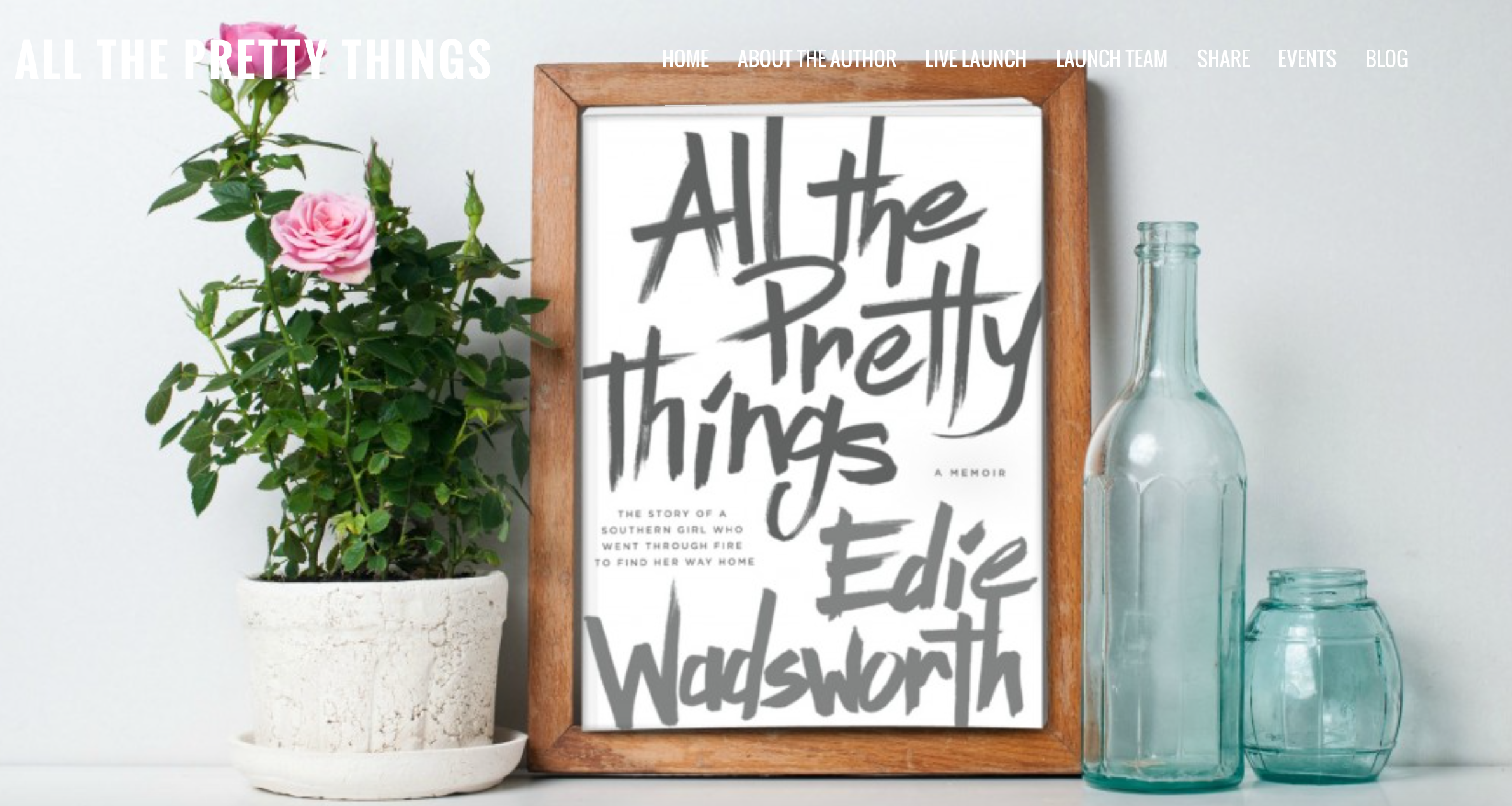 “It seems to me that our three basic needs, for food and security and love, are so mixed and mingled and entwined that we cannot straightly think of one without the others. So it happens that when I write of hunger, I am really writing about love and the hunger for it, and warmth and the love of it and the hunger for it… and then the warmth and richness and fine reality of hunger satisfied… and it is all one.”
― M.F.K. Fisher, The Art of Eating 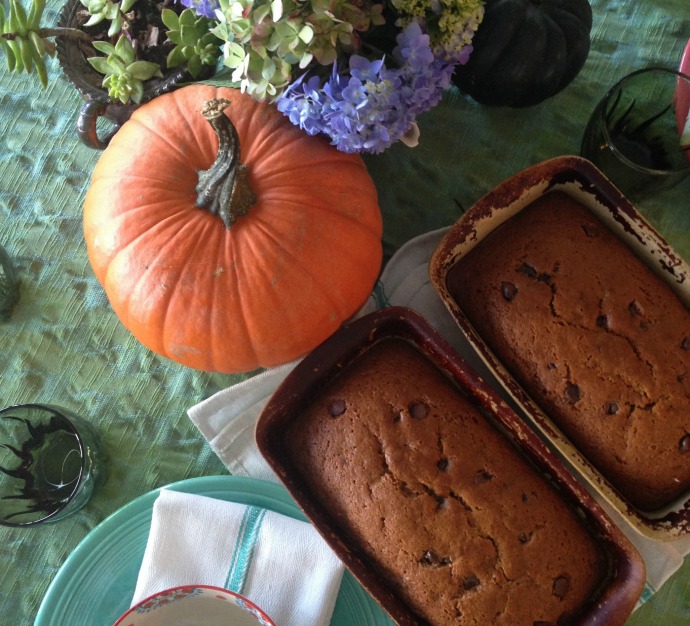 I spent last weekend writing the chapter in my book on feasting.  I always knew that food and feeding people was important to me, dare I say, one of my constant obsessions.  But writing about it made me realize why.  It’s so important.  It’s so essential to our humanity and to our faith. When Christ wants to impart his life to us, He feeds us.  I found myself  lost in the writing of MFK Fisher and I’m completely smitten with people who write about food so lovingly. (Tamar Adler comes to mind.) I also get completely lost in the mystery of Communion and what Christ is doing for us when He feeds us.  Modern day miracle, if ever there was one.

After announcing my midlife crisis on Instagram and GETTING MY HAIR ALL CHOPPED OFF AND DIED PLATINUM, I took my awesome stylist David (proficient in both the psychological and technical aspects of midlife crisis hair) some of this bread as way of saying thank you for dealing with the likes of me for 4 hours while I teetered on emotional instability.  Some say don’t make a big change like that while you’re under stress (hello dear book) but I say it’s like getting your hair done when you’re pregnant.  In other words, it might save people you love from harm.

Here’s the after, inspired by Becki from WhippyCake.  It’s not quite a long pixie and not quite platinum but these things take time, dear ones. 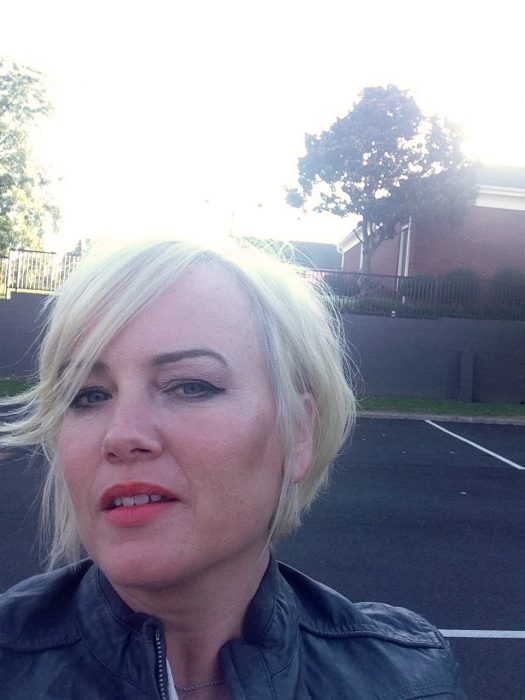 (right after I had it done) 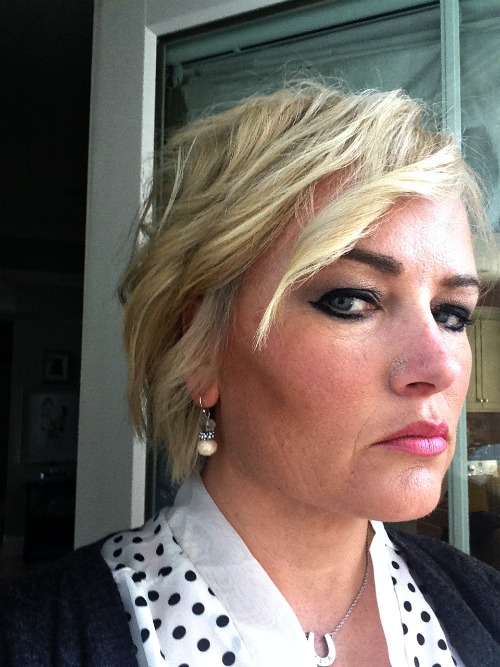 I’ve been known to have major meltdowns after poorly chosen hairstyles so I was bracing for the worst.  The only time I’ve come close to tears so far in this decision is when I woke up this morning and looked like Rod Stewart.  Other than that, I think I love it!  And thank you for all your support. I’m still in a fragile and vulnerable state.  Also of note?  The disposable income which I have heretofore spent on books shall now be spent on hair products.  Please be patient as I become blonder and dumber.  Amen. 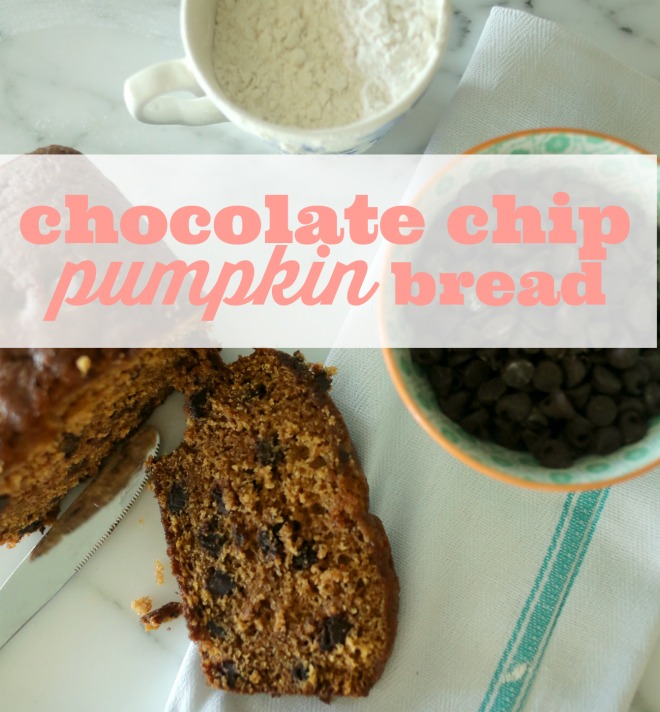 Here’s what you need:

Here’s what you’ll do

Enjoy warm with butter and be sure to take some to your stylist when you get your midlife crisis hair! 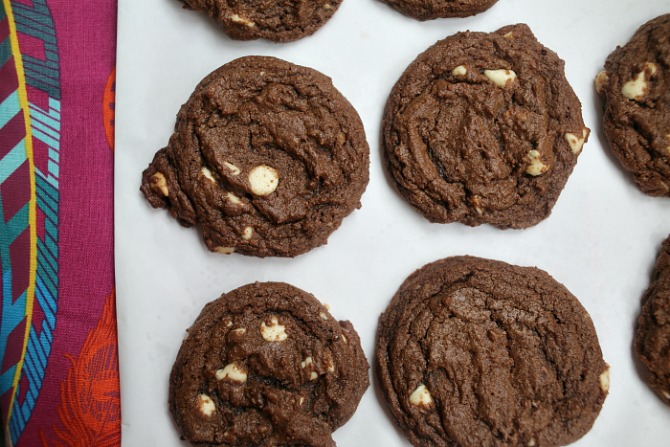 If I can be known for two things in life, let it be soup and cookies.  Okay, and maybe bread and buttercream.

I don’t know if there is any sight more dear to me than just out of the oven, ever so slightly undercooked chocolate chip cookies.  And these will make you go weak in the knees.  They’re the consistency of brownies, but in a cookie form and the white chocolate chips are HEAVEN.  SO good. END_OF_DOCUMENT_TOKEN_TO_BE_REPLACED 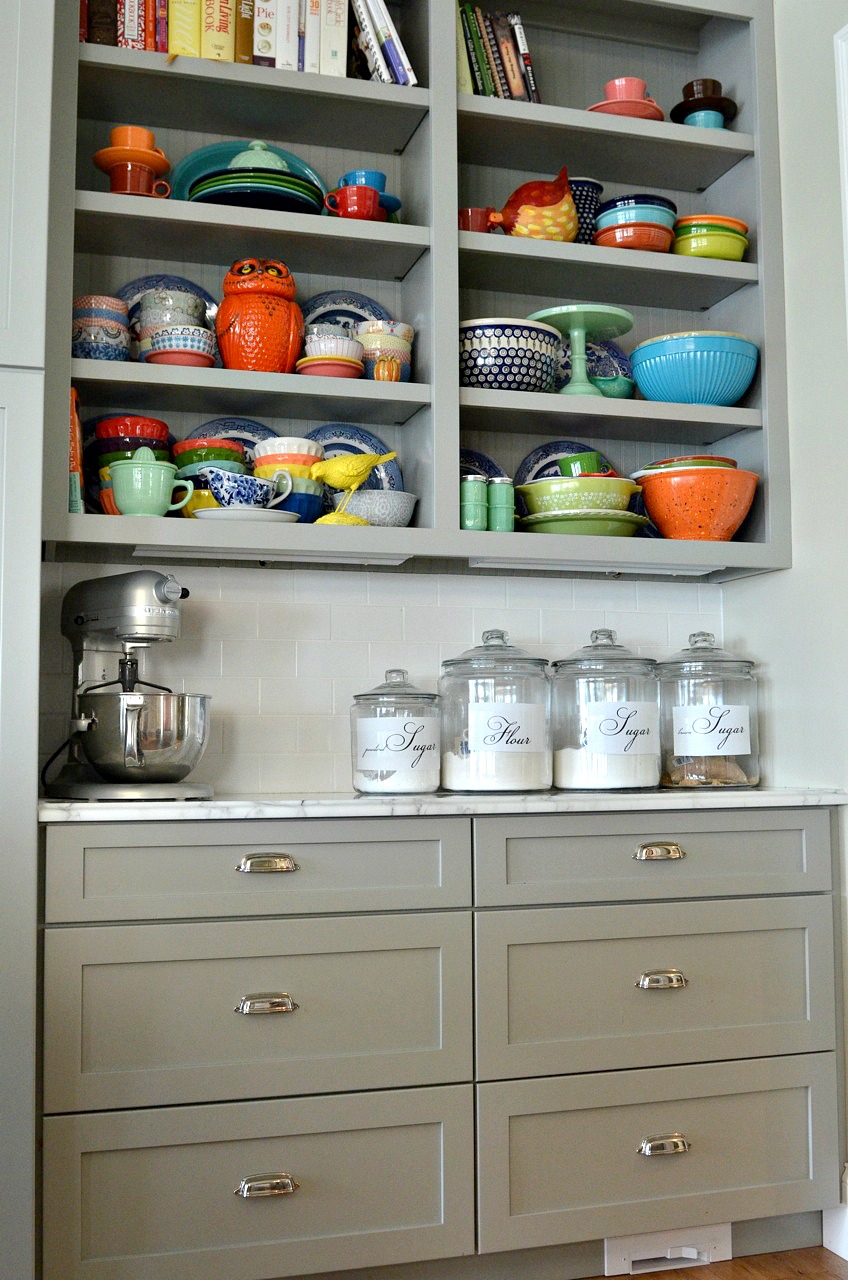 I’ve never quite had a baking center like this but it was a priority when we rebuilt our house. I’ve had various versions of one for a long time and here’s the truth of the matter—-if your supplies are easily accessible and organized, you’ll bake more.  (You might also like a full tour of the kitchen and a  list of my 10 favorite kitchen tools!)

The flour and sugar that are sitting on my counter are practically begging me to bake something. AND, I never run out of stuff because I always know when I need it. So, besides chicken stock, apparently I hoard baking supplies too. But, let’s look on the bright side, there’s always flour. 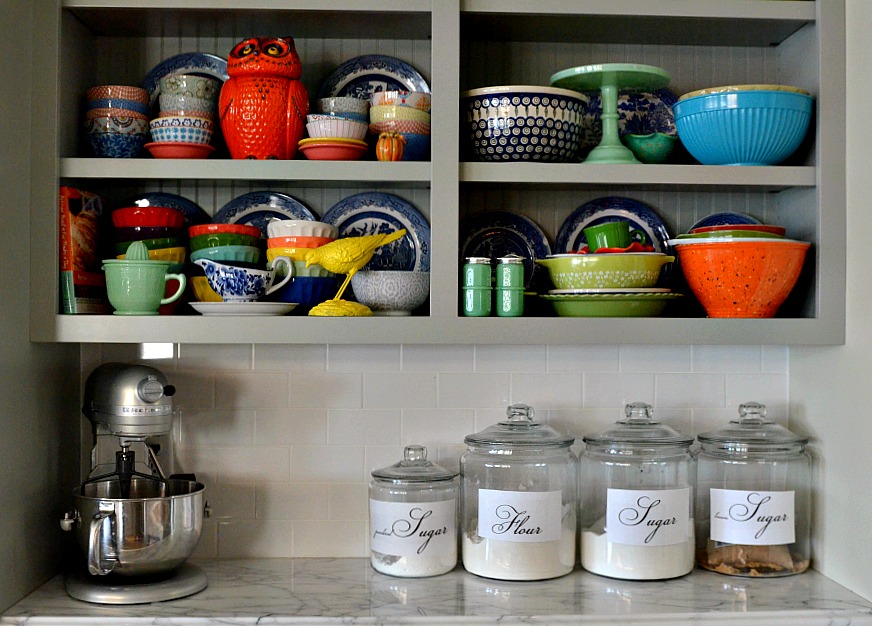 So, it’s worth the effort to think through your spaces and see where you could incorporate and organize your supplies. Here’s my advice. END_OF_DOCUMENT_TOKEN_TO_BE_REPLACED 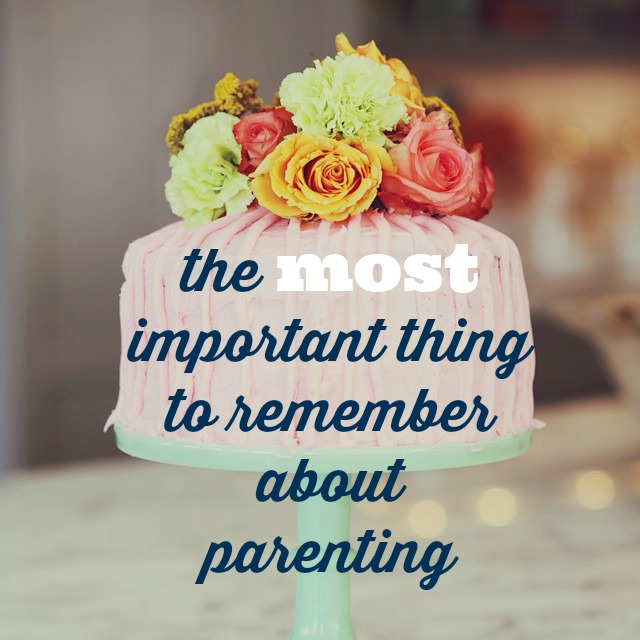 The sun was pouring into the east sky, scattering orange like a blanket over everything.  She was sitting in the front seat, unable or unwilling to look at me, her head turned decidedly away and her body clinging to her side of the car sending its message loud and clear.  Was there a tear in the corner of her eye?  I don’t know because I was too angry to ask.  We were on our way to a rare social gathering and I just needed her to get over herself already.  What I was really thinking is that I wanted her to show my friends how well homeschooling was working out, how smart and well adjusted she was, how pleasant and kind to be around—all of which would translate into some imaginary points for me.  What I didn’t want was for her to sulk through the whole thing and make me look bad.

And we were running out of time, because we were almost there and neither of us seemed capable of moving toward reconciliation. END_OF_DOCUMENT_TOKEN_TO_BE_REPLACED

I help women heal & rediscover their purpose & calling.
💕💕Want instant clarity for what you were put here to do?💕💕I can help! Click below!!

If you could only karaoke one song for the rest of

A flower day is always a good day. Makes me think

Leaving my people this morning for a little over 4

I was in my first year of residency on surgical ro

Tom Tom had a therapy appointment earlier this wee

I got a call from school yesterday that Thomas had

Give me some hearts if you have a SISTER that’s

Y’all. If we don’t pass the spelling test tod