When God was merciful, when He revealed Jesus Christ to us as our Brother, when He won our hearts by His love, this was the beginning of our instruction in divine love.  When God was merciful to us, we learned to be merciful with our brother.  When we received forgiveness instead of judgement, we, too, were made ready to forgive our brother.  What God did to us, we then owed to others.  The more we received, the more we were able to give;  and the more meager our brotherly love, the less were we living by God’s mercy and love.  Thus, God Himself taught us to meet one another as God has met us in Christ. 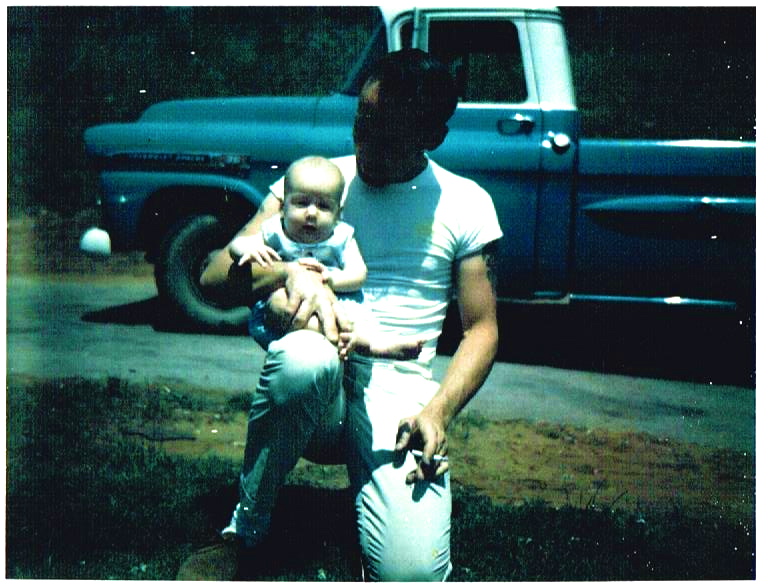 Every strong and reliable person in my childhood was female. The women in my life worked hard, were outspoken, took care of things, and were kind and tender to us.  The men seemed superfluous to the story, a burden, even.  They took odd jobs when desperate, spent their earnings on booze and old junker cars, and were occasionally violent.  At age 27, when I finally had a coming apart from the flood of crazy childhood memories, the psychiatrist looked at me with misgiving when I told him my story— like he thought I was making it all up.  I told him that I learned to drive a stick shift to keep my intoxicated father from killing us when I was ten, and that I didn’t bat an eye when we all got toted to Brushy Mountain prison for weekend visits to see my incarcerated cousin when I was eight and how I  sat in anger and disbelief when a close relative hung himself, after a long battle with drugs and alcohol and childhood trauma.

And that only scratches the surface of the heartache.

The years of watching my father battle his demons, the rampant disregard for the well-being of all us children, the poverty, the neglect—it all did something permanent to my heart. I always think I’m over it and then when I’m forced to relive it, I realize that in some ways, I will always be the scared little girl who is desperately looking for the approval of men. (And in defense of the bright side, the girl who knows the lyrics to all good old school country songs.)  I grew up in the seventies, when the world went a little crazy, and my life played out like the perfect country song.  And when I say perfect, think Slingblade meets Coal Miner’s Daughter. Which may explain why I’ve been in black all weekend, mourning the loss of the Possum, and playing his music on a continuous loop.  Call me crazy but  George Jones and Merle Haggard played music that became the soundtrack in the background of my childhood and in some ways, the music is like therapy to me.  Contrary to what I always believed, just because you grow up doesn’t mean you fully heal.

To this day,  I pathologically avoid conflict because every single time there was conflict in my childhood, someone went to jail or got hurt or died.  Suffice it to say, it made for some interesting therapy sessions. But, it is my story.  My broken, beautiful story that still bleeds and still chokes off my breath and still can, at the drop of a hat, cripple me with sadness.  It’s also not that different from your story, and the story of  every child of God. Sin has broken our backs.  But redemption draws nigh.

Despite the darkness, there was always a bright side.  (There seems to always be one, if you look hard enough.)  I knew, beyond a shadow of a doubt, that I was loved.  Both my parents loved me, unconditionally.  And when my father was sober, he was funny, incredibly generous, and always ready to tell a story to make us laugh.  He was gifted with his hands and had a few memorable tattoos on his biceps and forearms.  I always worried that if he showed up to any sport or school event, he’d be drunk, and usually, I was right. But the night I was crowned Homecoming Queen and the day I got married, he came sober.  And with his teeth in. (We were always happy about that!)  I think about him all the time.  Despite the painful scars, I love him.  I forgive him.  I wish he were here to see how awesome his grandchildren are.  His icon, George Jones, joined him yesterday, so I can only imagine the stories those two are telling each other on the other side.

I say  all that to say that my pathway to here has not been what you might have expected.  I didn’t grow up in the perfect home, with June Cleaver waiting after school for me with baked goods. I grew up believing that the world is a hard place and that if you’re gonna make it, you have to find a way to take care of yourself.

So, I spent the next fifteen years showing the world who was boss.

I excelled at everything I tried. I graduated from high school with every possible accolade and went on to graduate from college with a double major in Chemistry/Biochemistry with highest honors.  I was accepted to medical school and got a Presidential Scholarship that totaled about $250,000.  On the surface, I had the world by the tail.  Everything I touched was gold. But underneath and unbeknownst to me, a groundswell of anger and pride and revenge was forming. In hindsight, maybe I was becoming a feminist.  I wanted to show the world what I was capable of—maybe then, the gaping wounds in my heart would heal.  Maybe then, I would be whole.

But soon something happened that shifted the ground beneath me.

My daddy, who had suffered horribly from lung and liver cancer,  passed away, during my 3rd year of medical school.  My aunt called one Sunday night and said that she didn’t think he would make it through the night and that if I wanted to say goodbye, I needed to hurry. I prayed the whole way that he wouldn’t die before I got there.  Somehow, I knew he would wait for me.  He always teased me with the phrase, “Have you made doctor yet?”.  It was pretty clear to me on that long drive to Knoxville that he was never going to see me graduate from medical school.  When I arrived to be at his side, he was in and out of consciousness, with very labored breathing.  I prayed with him, told him how much I loved him, cried with my sister, held his hand, and sang Amazing Grace to him, as he breathed his last breath.

Still, I was devastated and bewildered. I was angry.  Angry that he left me.  Angry for all the things he was unable to give.  When he died, there were so many things still unsettled in my heart. He died before I could show him that I was strong and smart and capable of great things.  He died before I could fully appreciate the love he had for me.  And years later, I realize that something else slowly began to die that day too—my frenzied need to prove myself.  Because I realized later that daddy didn’t need for me to ‘make doctor’ in order to love me.  I was already enough.  I was his girl.  And he loved me because that’s what fathers do.  And even when their attempts have been meager, when they’ve done it so imperfectly, even when the tally of wrongs is greater than the tally of rights—they have shown us something true about our heavenly Father.  We have nothing to prove, nothing to work for, no one to impress.

And this picture of fathers is no accidental analogy in the Scriptures, no matter how imperfect our earthly fathers have been.

Our Father in heaven loves us.  He comes to us with peace and forgiveness and it’s His love that makes us whole and worthy and beautiful.

He takes the years of wrong and makes them right.  He takes the anger and gives joy. He takes the suffering and brings peace.  He can be trusted. He will never, ever leave us.  But, He loves us with a peculiar kind of love.  He is not content to leave us as He found us. And the process of making us into who we are created to be will almost certainly be painful.

He did not come to give us ‘rights’, as slaves might be given rights.

He has come to make us sons and daughters.

And that changes everything.

For all who are led by the Spirit of God are sons of God.  For you did not receive the spirit of slavery to fall back into fear, but you have received the Spirit of adoption as sons, by whom we cry, “Abba! Father!” The Spirit himself bears witness with our spirit that we are children of God, and if children, then heirs—heirs of God and fellow heirs with Christ, provided we suffer with him in order that we may also be glorified with him.

Preorder my spiritual memoir, All the Pretty Things here and then claim your preorder bonuses at this link!

In honor of my George Jones-loving daddy……