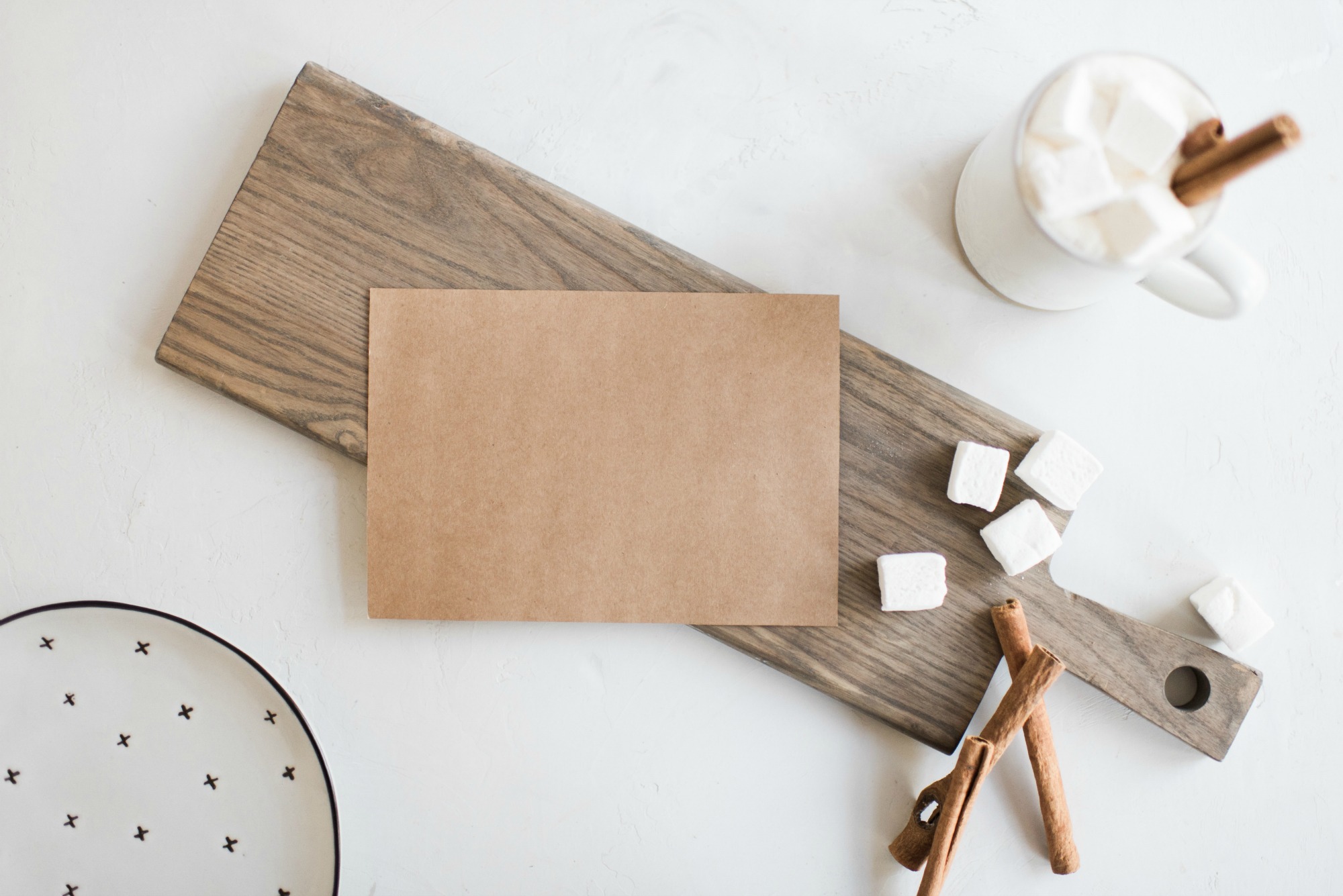 Psalm 145—The Lord is gracious and merciful, slow to anger and abounding in steadfast love. The Lord is good to all, and his mercy is over all that He has made.

If you know me, that doesn’t surprise you.  I like to cook and I love to cook soup and I like to be helpful so making soup for people when they need a little encouragement is exactly my jam.  It’s my preferred way of “bearing of my brother’s burden.”

But I read these words from Bonhoeffer this morning and it reminded me of the underside of bearing my brother’s burdens, the side that’s less sexy and less fun and less creative—the side of burden bearing that no else can see or give me credit for.

“The Christian, however, must bear the burden of a brother. He must suffer and endure the brother. It is only when he is a burden that another person is really a brother and not merely an object to be manipulated. The burden of men was so heavy for God Himself that He had to endure the Cross. God verily bore the burden of men in the body of Jesus Christ. But He bore them as a mother carries her child, as a shepherd enfolds the lost lamb that has been found. God took men upon Himself and they weighted Him to the ground, but God remained with them and they with God.

The passion of Christ strengthens him to overcome the sins of others by FORGIVING them.  Christ bears our burdens, so ought we to bear the burdens of our fellow men, which is quite literally his sin.  And the only way to bear that sin is by forgiving it in the power of the cross of Christ in which I now share.”

As we anticipate Christ’s coming to us, we remember that He comes forgiving us our sin, saving us from ourselves.  Seeing the worst of us, knowing our secret sins and addictions and grudges and yet, forgiving it all freely—that is why the Christ child comes.

Lord, help us to bear each other’s burdens today, help us to be slow to anger and abounding in steadfast love, forgiving one another just as you have forgiven us.

And bless the soup, too. 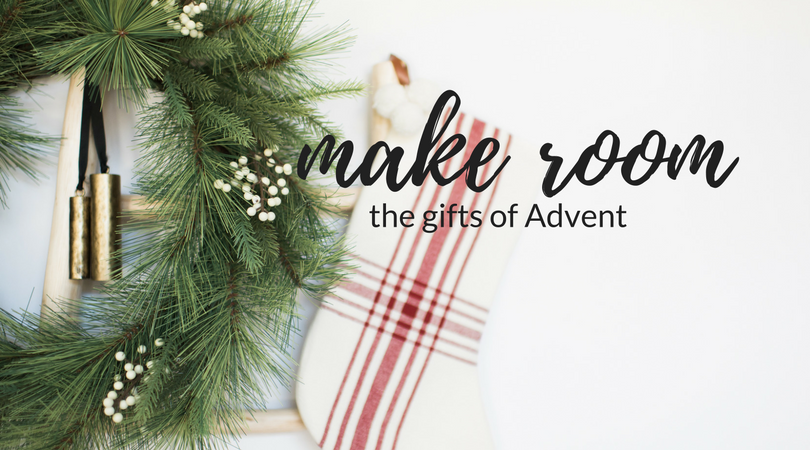 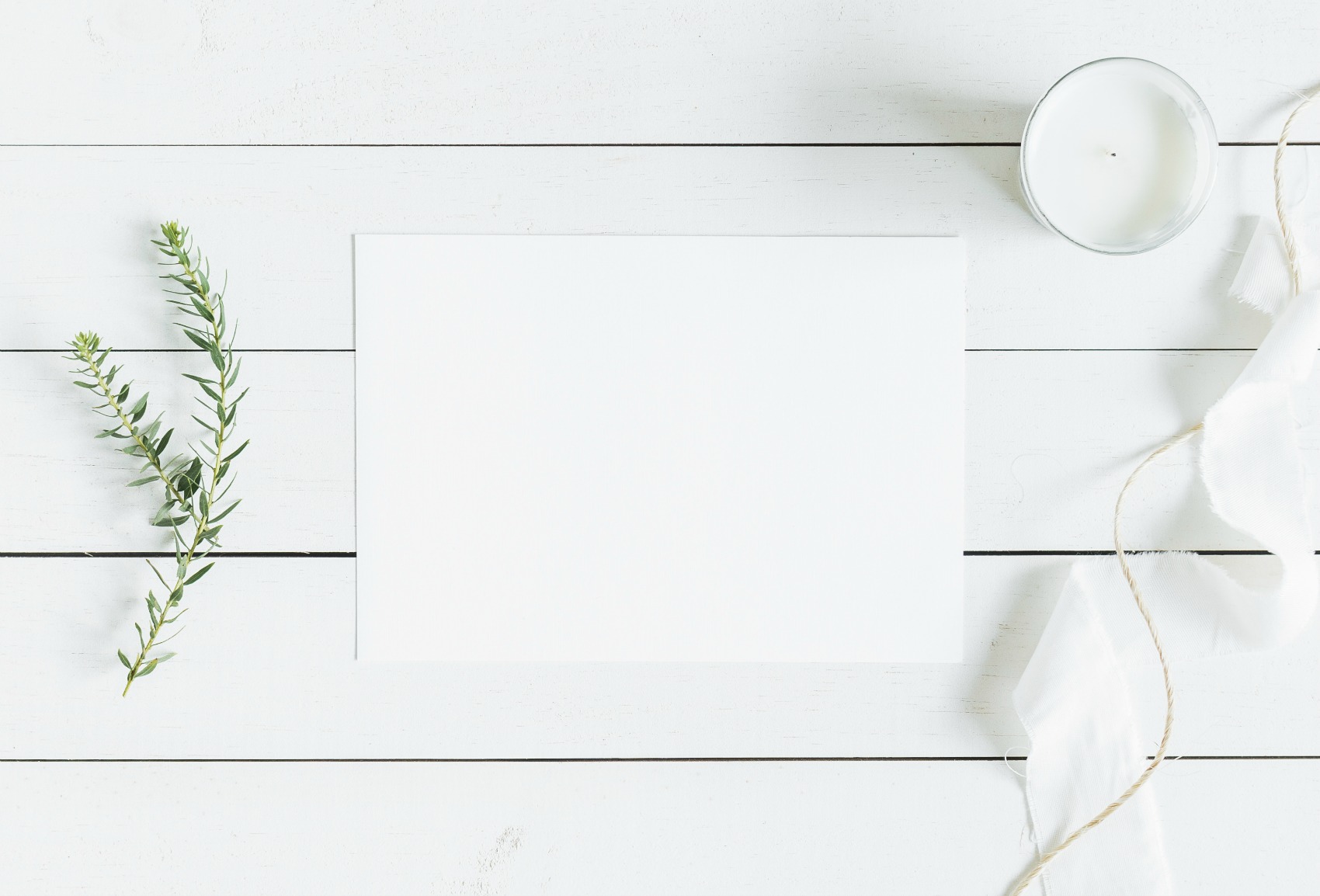 Psalm 119:  I call with all my heart; Lord, hear me.  I will keep your commands. I call upon you, save me and I will do your will. I rise before dawn and cry for help.  I hope in your word. My eyes watch through the night to ponder your promise.

When the angel spoke on behalf of the Lord to Mary, there had been a long period of silence from God. The time between the Old and New Testaments, from Matthew to Malachi, was about four hundred years, without any known proclamation from God.

It probably seemed to the Israelites like the world has been left to fend for itself. All hope is lost.

So, when He finally speaks, He does something that only He would do.

He speaks to a scared, ordinary, teenage girl.

And when He tells her that He will place a seed, a gift, inside her, for her to nurture and love and share with the world, she gives a remarkable answer, though we know she must have been afraid that she was unworthy to bear this alone.

She says, “I am the handmaiden of the Lord. Let it be to me as you have said.”

Let it be to me as you have said.

That probably wouldn’t have been my response.

Those words ring out through the ages as Mary’s song, her Magnificat.

The sin of Adam, which ushered in our suffering and death would be answered by Christ, the suffering Savior, whose kingdom is born in you, through the obedience and the quiet yes of a young girl from Nazareth.

It must have seemed like no time to her that the linens she wrapped her baby in became his grave clothes.

And just like Mary, the shroud that covered you in your dying with Him will become the swaddling clothes with which you offer your love incarnate to the world.

The yes cry of the mother of God would break her heart into a thousand pieces.

And your yes will likely cost you, too.

But the gifts He brings to us as HE remakes us into who we are meant to be can only be had through submitting ourselves to Him in faith.

May we submit like Mary to the gifts of the incarnate Christ—gifts which often come disguised as loss and suffering and the pain of birth.

Mary, who gave birth in agony, who nursed Christ at her breast and followed His path until it lead Him to the cross, where she saw him beaten beyond recognition, the one who cared for His crucified body when He died, then suffered the unthinkable loss of her son so that the kingdom of God might be born in us all.

Mary’s fiat, her “Let it be to me as you have said,”  becomes our anthem too, our broken hallelujah poured out on a world dying for redemption.

This gift, this Christ child, growing in you will break you and yet, it will be the means of your healing. It will wreck you and then be the very path to your of your salvation.  His body broken will become the bread at His table, where He, Himself will be the pascal Lamb.  There, He will join His flesh to your flesh and you will enter into the mysteries of true communion with your Father.  There, He nourishes you so that you may rise up from the table, and feed His sheep.

You, my sisters and brothers, are the handmaidens of the Lord.

Advent will usher in the incarnation and CHRIST WITH US will change everything. 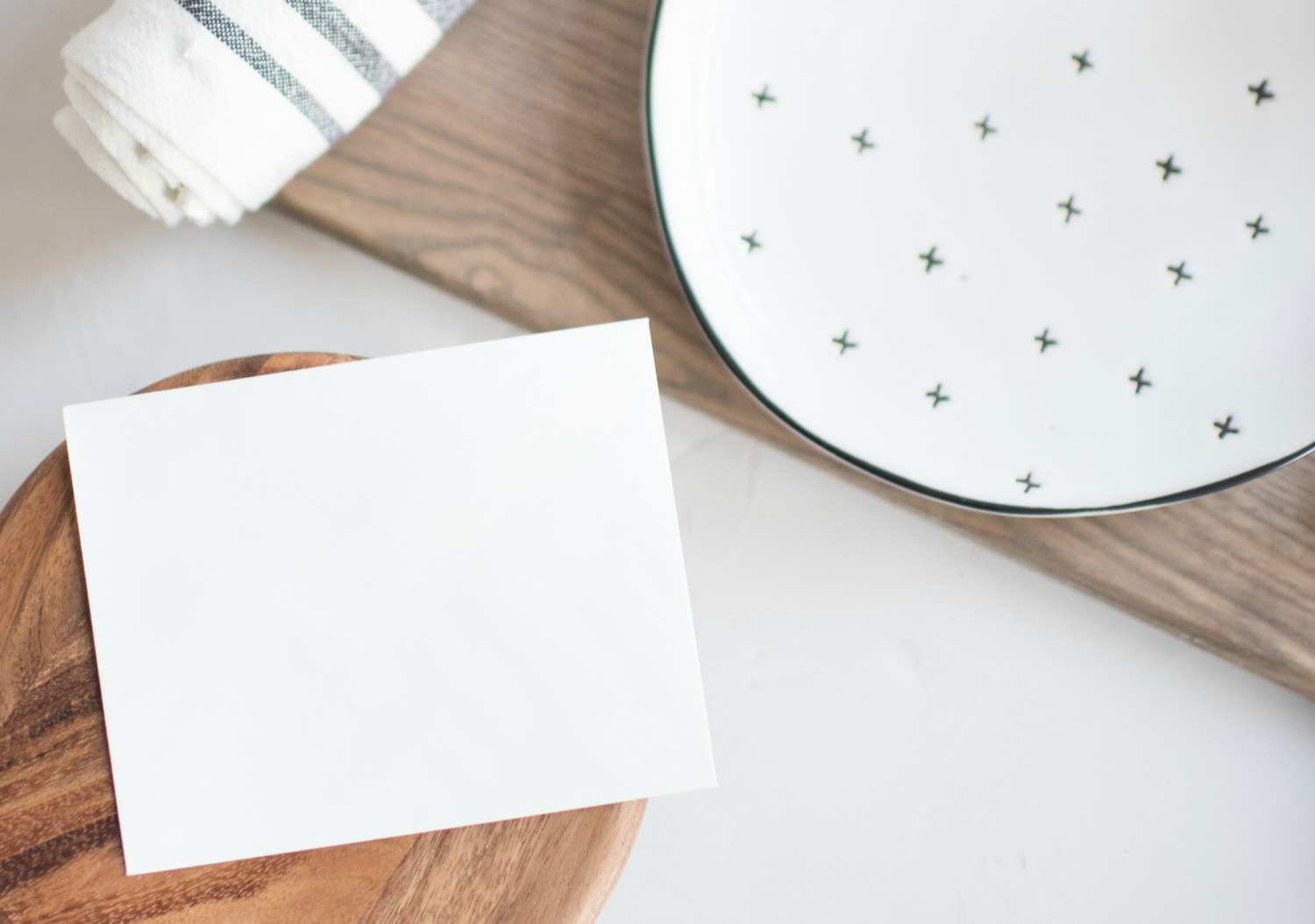 I almost fear telling you this because you will seriously know how CRAZY I have been, even from childhood.

Every single Christmas morning that I can remember, I would wake up at midnight, or 1am, or if my mom was lucky—at 2am. READY TO OPEN PRESENTS. And she was so kind and unable to tell a child no that she let me wake everybody else up. To have CHRISTMAS AT 1 O’CLOCK in the morning. My poor siblings. I don’t know what to tell you except that I’m not a good waiter, on ANYTHING.

I guess that’s why I’ve had my own struggles with Advent. Let’s just have Christmas already.
But there’s something about waiting that is good for me, good for us.

Advent is the pause before the chaos. The stillness before the noise. The repentance, the thankfulness, the mindfulness that is missing from so much of our world.

I need Advent so much.

I think we all do.

So, I’ve spent the few weeks reading and researching and brainstorming how to share my love for Advent with you. It’s my favorite season of the church year.

I have a few things that I hope you’ll love!

1. A downloadable guide!!! It’s free. Just go to http://thegiftsofadvent.com and get your copy of it.  You’ll also get a few emails and videos throughout this month.

If you download it to your phone and then hold down on the document and SAVE IT TO NOTES, you can pull it up throughout this Advent season.

2. (Near) daily devotionals that I will share on Instagram and FB. You can use these to read at night as you light the Advent candle. It can be any candle. Don’t stress. A votive, whatever. Just light up the darkness, that’s all.

3. Live stream videos where we unwrap the gifts of Advent together. Follow me on Facebook to get notifications when new videos are posted. The first one is posted below!

4. Daily prompts for you to share your Advent gifts. Scroll to the 2nd photo to see the prompts! Use the hashtag #giftsofAdvent and we can find each other.

Here are the photo prompt ideas. 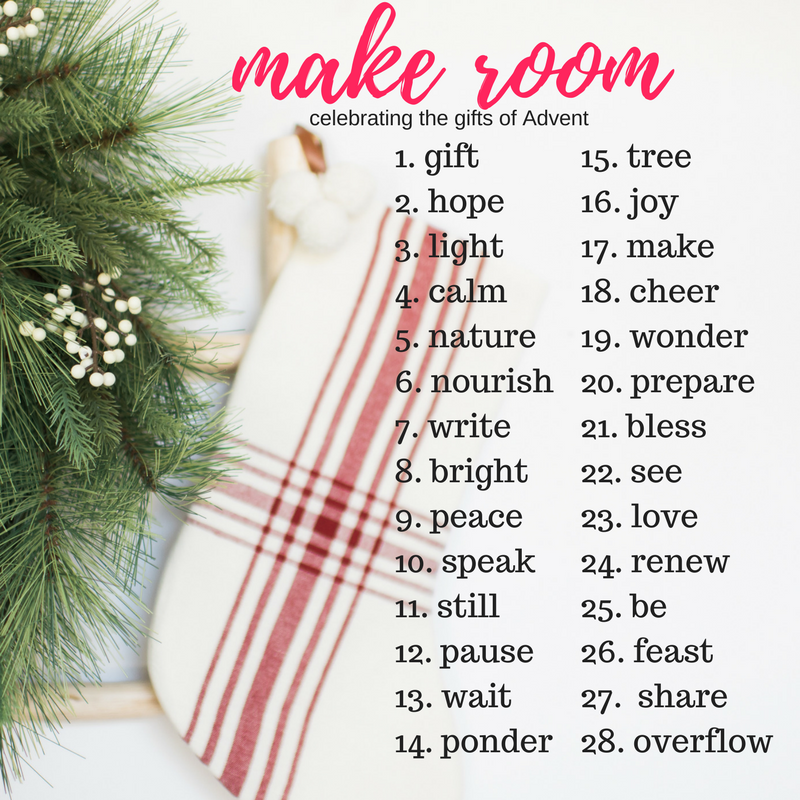 Blessed Advent to you, dear sisters.

These are gifts that are MEANT to be opened before Christmas!!!! p.s. SORRY Mama and Sister and Brother for all the sleep you lost at my expense.

Posted by Lifeingrace on Wednesday, November 29, 2017

Welcome to week 2 of our Lenten devotional book study of John Kleinig’s Grace Upon Grace: Spirituality for Today

Week one is here if you’re just joining us.

Jesus maintains that the true goal of our spirituality is for us to be seen by God, open to His searching and yet gracious scrutiny, known and appreciated by Him.  Our spirituality is part of our secret life with the unseen Father, the God who knows our hearts and sees what is done in secret.  No progress can be made unless we are honest with ourselves before God the Father…….We are justified by God’s grace and approved by Him.  Our justification does not depend on our piety (spirituality) and our performance but on Christ and His performance.  We can therefore face up to our recurring failure to live as His holy people and people of prayer.  In fact, our failure is meant to teach us to ask for what we lack and receive everything from Christ.

Wow!  Dr. Kleinig says that the most common image that the scriptures give for our spiritual life is a journey.  Our journey is simply a pilgrimage with Him as He takes on His way, the way of the cross, and delivers us ultimately to the Father’s presence in eternity.

It is a journey in which we live by the grace of God.  As we travel with Christ, God the Father reaches out to each of us in the same way through His Word.  Through this Word, He generates and maintains our faith;  through His word, which is enacted in proclamation, absolution, Baptism, and Holy Communion, He gives us the Holy Spirit and all His gifts.  In that journey everything comes to us from Him through His Word;  in it we all receive grace upon grace from the fullness of the Father.

Dr. Kleinig then gives such a beautiful poetic description of how we participate in the mystery of Christ’s life in our daily journey with Him toward heaven.  I can’t even begin to do it justice. You’ll have to get the book!

One of the things that keeps us from yearning to spend time in God’s word and in prayer is our guilty conscience.  And Dr. Kleinig makes such a strong case for how our state of our conscience ‘colors’ our experience with God.   We all have this sense that something is not quite right with us.  We try to ‘measure up’ to some standard but never seem to do it.  This leaves us with a tainted conscience.   Kleinig states that nothing is worse than the confusion that a bad conscience brings.

When we have a bad conscience, we see God as a strict lawgiver and a harsh judge, a moral watchdog and a moral detective, someone out to get us.   His disapproval of our sin, His anger against injustice, is experienced as His personal disapproval and rejection of us as people.  We resent His demands.  We fear His condemnation.  He seems to act as if He were our enemy.  And so we work hard at getting God off our backs.  Failing that, we try to avoid Him by minimizing our contact with Him and anything to do with Him.

What beautiful comfort when we let the gospel in all its’ take captive our hearts and minds.

What do you think so far?  Doesn’t he have such a gentle and encouraging way about him?  And his relentless focus on Christ as the giver of all good things is so refreshing.

At last, a devotional book that doesn’t make me feel more guilty.