Welcome my sweet friend Tara to the blog today.  She and I have been internet friends since I can remember.  She gave me a beautiful gift after our house fire and I think of her often when I pass by it in our home.  She has a lovely blog and a lovely shop and I’m so honored to have her here.  She’s using one of my favorite quotes today which confirms that we are kindred spirits. You will be blessed by her kind and thoughtful heart!

The idea of telling my story used to shred me. I remember the first time I did it like it was yesterday.
I was a senior in college, and it was a Wednesday night. I stood, knees knobbing and nearly choking from a Texas-sized lump, in the front of the chapel that held our campus ministry.
I’m fairly certain I thought I’d die before I finished.

From the moment my campus pastor asked me to share, the question that hung over my head like a dark, luminous cloud was Can these people handle my story?
I felt naked and exposed standing before them that night.

I’d spent a lifetime wearing masks and drawing pictures of my life for the people in it that didn’t include any remote truth that might dare threaten their acceptance of me. I became a master at being all things to all people. I stood on the outside of my story and abandoned any part of it that made me vulnerable.

When we refuse to own who we are, shame wins. Shame loves to keep us quiet. Its one relentless mission is to convince us to exchange the truth of who we really are for the approval and acceptance of others.

When you’re as addicted to people pleasing as I used to be, it usually means you’re feeding a growing beast inside who goes by the name of Perfectionism. We all know we’re not perfect, but we just about kill ourselves trying to look like we are.

I stood and told my story that night. I didn’t tell the scariest parts. I wasn’t that brave yet. But I started the long, arduous journey from being totally obsessed with the thoughts of others to having faith that God really does repair what the locusts have eaten, that he makes all things good, that he erects beauty from ashes, and that his power really is made perfect in our weaknesses.

And a very long journey it has been.
Every year of the last twenty has taught me to let go of the notion that I need to have my act together.
These years have been good to teach me that control is positively impossible.
I’ve slowly, slowly, slowly traded in a devotion to pleasing, performing and perfection for authenticity.

Not coincidentally, marriage and parenting and friendships have been my way out of perfectionism.
They’ve forced me to see my flaws.
It’s hard to hide who I really am in those arenas, and honestly, I don’t want to.
God made us for relationships.
They plunge us into a place of vulnerable, messy and real and we watch as God does his miraculous work.

You become better at anything by practicing it over and over and over again.
It’s still scary every single time I decide to share a piece of my heart with someone, but every time I choose authenticity and vulnerability, I become braver and more courageous.
I become the me that God intended me to be.

The bountiful harvest that comes from living more wholeheartedly is an inner circle of people who are willing to bear the weight our stories.

As Easter approaches, we’re reminded of the One who bore the weight of who we are in the ultimate way in His death for us. It’s tempting to want to scurry past the part of the story where an excruciating death occurred, but we can’t. Without death, there’s no real hope of resurrection. We have to face the truth of who we are and those things that grip us and keep us from opening ourselves up to the redeemer of our souls.
Then and only then are we free to love and to be loved by others.

The greatest struggle in my life has been surrendering my need for control and my need to look like I’ve got it all together. This battle comes straight out of the hardest, scariest parts of my story.
But every single time I die to what my flesh craves, God resurrects more and more freedom in my heart.
The result is a vulnerable, messy, real, beautiful, wholehearted life.

God takes the things in our stories that make us vulnerable and uses them to fulfill his calling in our lives.

What are the things that make you vulnerable?

How is God using those things to shine his light in your life? 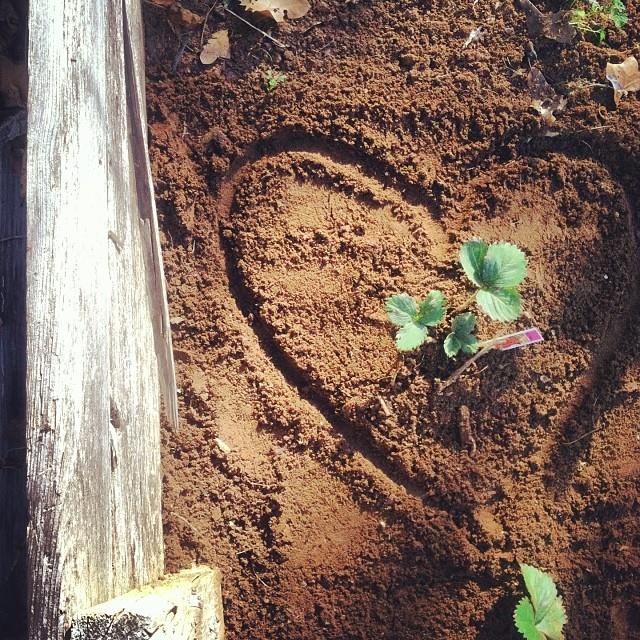 I’m so honored to welcome Marie to the blog! She’s an amazing woman and has been the dearest encouragement to me over the years.  I admire her writing and her swoony farm life.  I so want to take a trip to Oklahoma to meet her.  I know you’ll love her too! 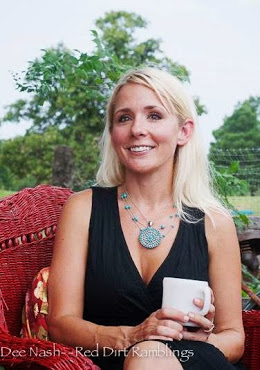 Happy springtime! I am so excited to be saying howdy from Edie’s gorgeous corner of the internet. Like everyone else, I can barely express how much deep and varied inspiration I glean here. Xoxo I hope you like my story! 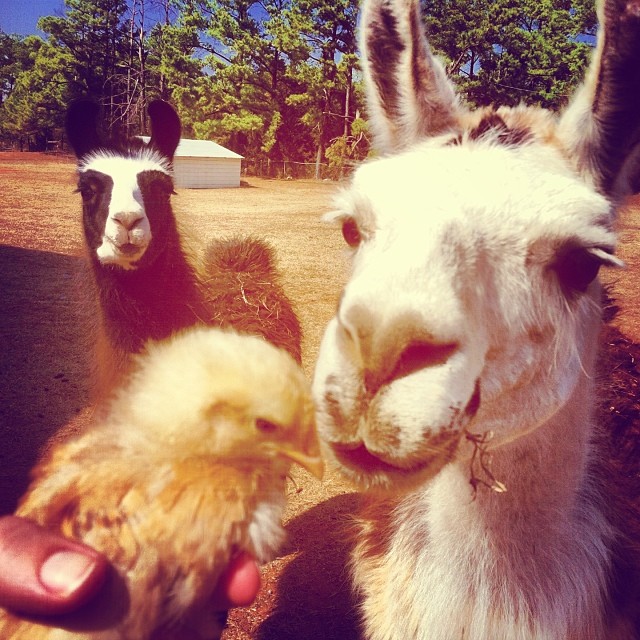 One of the special things happening here is the arrival of baby chicks. It’s about as constant a feature of springtime as anything, right? Everybody loves baby chicks! People love them. Hens love them. Llamas love them, as this photo shows. But do you know who loves them the most? Our parrot. Bobby Pacino, our eight year old blue and gold macaw, has turned out to be a natural baby chick lover. He is borderline obsessed with the smallest, fluffiest creatures at the farm, and it makes me so happy.

Since we keep the chicks indoors with a heat lamp for the first several weeks of life, Pacino often shares a room with them. He sits on his perch or in his cage and just sort of… presides. Lovingly. With the chicks twittering and peeping quietly nearby, he now rarely issues those ear-drum-busting Amazonian screams. Instead, Pacino just coos and whispers to his babies all day. He asks delicately, “Are you ok?” And he says, “Hi baby” in this sweet little maternal voice, always uncannily human sounding. All it took was the gentlest leading that first day to show him how to treat the fragile creatures, and a South American chicken mama was born. I kissed the babies, so he licked their seed-sized eye balls. I stroked their downy bodies against my cheek, so he raked his enormous curved beak against their short fringed wings. I tickled their diminutive drumstick feet, so he… Well, this is where it got dicey. Pacino has crazy strong talons of his own, so even with an effort to be soft and easy, he poked and scratched the babies a bit too much with his “toes.” I had to play buffer here. 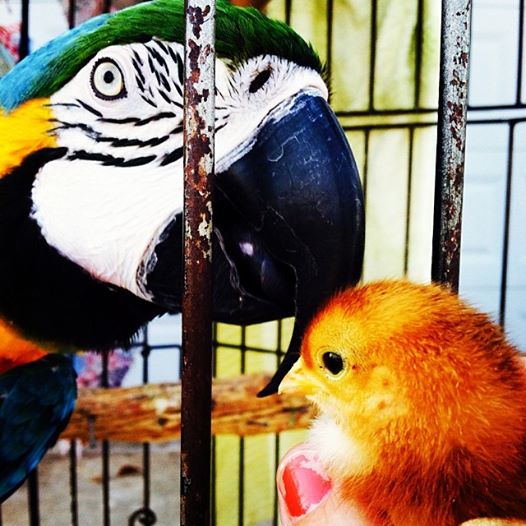 Every day that the chicks have stayed with Pacino, he has grown noticeably fonder of them. They have grown pretty fond of him, too. I pick them up, peeping loudly and objecting to being grabbed out of thin air by my human hands, but when I bring them close to his black and white striped face they grow suddenly quiet. Every single time they are face to face with him, they just stop peeping and stare, allowing him to investigate their tiny faces and lick their speck eyeballs or stroke them with his beak. I am pretty sure the chicks think this parrot is their mama. And he agrees.

Well, as you may know, chicks don’t take long to grow up. In a matter of a few weeks they go from small enough to fit inside a quarter cup measuring dish to as tall as a bottle of creamer and quite strong in their skinny little legs. And so bouncy! It turns out that this growth spurt is as heart breaking to Pacino as it has been for me to see my own (human) chickens grow up. The other day I offered a tall, bouncy teenager chick to him for his early morning cuddles, and that baby pecked him right in the face. It scared him but, good chicken mama that he is, he withstood the unprecedented attack (which might have been a kiss) and silently raised one enormous talon as a peace offering. He was promptly rewarded with another sharp, swift peck, so he retreated and hung his blue head. Broke my heart.

After a few more tenuous close encounters like that, I decided it was time for the chicks to meet a real chicken. The afternoon of their relocation from heat-lamp nursery to outdoor nesting box was emotional for Pacino and me. I let him say goodbye to each of the now leggy, hyperactive teenagers, and he dutifully licked all seven of them once more. He was pecked seven more times, then he actually said, “Bye bye.” I am not even kidding you. Pacino knew exactly what was happening, or understood my words or a combination of the two, and he said his goodbyes.

I wish I had a good photo to share with you of our parrot who became surrogate mama to our chicks, but the llama photo will have to do. And don’t be too sad for his empty nest. The first seven may be grown up and gone now, but he has another shipment due any minute now. Seven more quarter-cup size chicks with speck eyeballs that need a good licking. He will be in paradise for about three weeks.

The moral of the story? Get some baby chicks! They are sweet and adorable and add so much gentleness to your home. More importantly, I think everyone needs someone to love, someone to care for. Every creature has a deep well of love to offer and needs the chance to see it well received. Help that happen.
Happy springtime! May all your kisses be returned and may all your eggs be fresh.

Much love from the Lazy W!