“Next to the Blessed Sacrament itself, your neighbor is the holiest object presented to your senses.”~C.S. Lewis 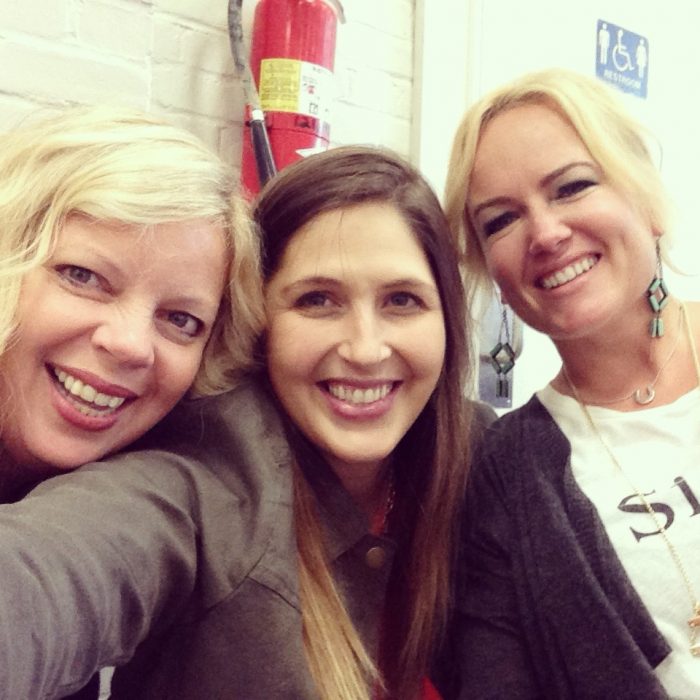 I spoke at a women’s conference last weekend, which besides being a wonderful place of inspiration and creativity, can be the scariest place on earth.

A conference where 550 women descended with their cute shoes and their cool jewelry and their beautiful hair.  I have never struggled with insecurity much.  I’m not plagued with self-consciousness and I’m pretty sure I’ve been too insatiably curious about other people to worry too much about what other people thought of me. I realize now what a gift that is.   I came to the conference with good friends and other than having to speak, I was just happy to be there, to see old friends and to meet new ones.

Until I walked into the cafeteria alone.

My group was already in there eating somewhere and I knew from a text in what general direction they were sitting in the room.  But I walked into a large dining hall carrying my tray and unable to find my people and I had a moment of anxiety.  I remembered watching my son do this in 4th grade in his first day of public school as I watched from outside the cafeteria doors.  I saw him with that same look of anxiety and panic.  Who do I sit with? Where are my people?  Do I have people?  I was 8 months pregnant with my 3rd child at the time and so hormonal that I started sobbing for my son.  I went to find a teacher and ask her if she could help him find a seat.  Now, here I was, the girl who is almost never insecure in social situations, feeling that old anxiety that we all know so well.  Like being in 7th grade all over again and worried sick about how and where and under what conditions I might fit in to this impossible group of people before me.

When I found my people, I met Kari for the first time.  And you know what she did?  After she made us laugh hysterically about her size 12 jeans, she sat right down and told us about her struggle with weight loss.  I wanted to cry.  She made herself so vulnerable to us.  It was a beautiful thing.  But that’s so rare, isn’t it?

The truth is, this anxiety we have about being with each other doesn’t end in 7th grade.   We all wish it did but 7th grade girls became middle aged women and sometimes it seems like not much else changes, in us or them.  We’re competitive and fragile and often downright mean.  But behind the unkindness is often just a paralyzing insecurity.

It was a good life lesson.

So, before all my talks I gave my pep talk about how to get the most out of conferences, which seems to apply to almost every social situation I can think of.

I started the pep talk by showing this picture. 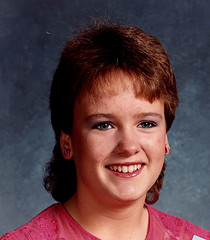 I’m pretty sure I even thought I was cute back in 1984.  The mullet, the acne, and the knee high tube socks tell a different story but I say never let a good mullet go to waste.

That middle schooler is still lurking around in all of us.  (Yours was probably cuter, but whatever.)

The one who so desperately struggles to be herself.  The one plagued with insecurity and self-consciousness. The one who abhors lunch time because the prospect of finding someone to sit with is so overwhelming.  The one who is always feeling like she doesn’t measure up—she’s not thin enough or cute enough or smart enough or popular enough.

So I encouraged the people in my session to turn this all around.  Because at the end of the day, our  self-consciousness and our insecurity often just lead to self-centeredness.  We’re so worried about ourselves that we forget why we’re here–to bless and serve others.  I encouraged them to go into these (often scary) situations with an others focus.  When you train yourself to focus on other people, you don’t have time to worry about all your insecurities.  They evaporate.  They become shadows instead of giant obstacles between you and your neighbor.

Think of situations you face everyday where this applies and remind yourself that this is not about you.  This is about them—learning to see them, worrying about them, wondering if they’re okay,  meeting their needs however we can, finding them a place to sit among the crowd.   I train (more like harp on) my daughters to do this too.  They’re both in middle school so I know full well how hard this can be.

So, there’s your pep talk.

Turn your insecurity into blessing by training your inner 7th grader to stop worrying so much about herself and instead turn the table and the spotlight and the energy towards her neighbor.

You’ll both be glad you did.