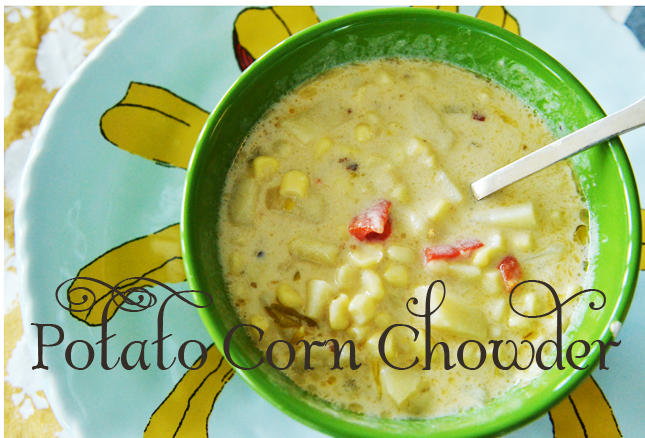 A dear reader, Robin, did us all a favor today.  She reminded me of the deliciousness of Potato Corn Chowder (the recipe of which was first posted in my Hospitality ebook, but never on here) and so I thought I’d share the recipe with you,  since my originally planned post went haywire and will have to wait until Monday.  Also, the first 10 people to comment on the following statement will get a free copy of the ebook.  “Bacon Fat:  How It Changed My Life.”  After those ten comments, (and surely you dear lovelies have lots to say about bacon fat?), I’ll pick of few more at my discretion.  Don’t forget to read my Ode to Bacon Fat, at the bottom of this post.

On to the recipe.

I’m a huge fan of one pot meals. One pot meals are a beacon of light in a dark, dark world.  One pot meals make life worth living. Okay, maybe that’s overstating it but still.

One pot to clean=one happy momma.

This corn chowder is so easy, so delicious, and is even a crowd pleaser among the youngsters.

Here’s what you need:

Every good Southern woman I know has a jar of bacon fat somewhere in her kitchen.

It’s just as natural as having butter or bread.  Usually it’s stored in a mason jar, but I’ve seen other lovely methods.

Do not ever underestimate the power of bacon fat, and by all means never throw it away.

It adds so much to your cooking and to your personality.    I know my Southern friends won’t leave out this precious step of adding bacon fat to this recipe, but if you’re from Connecticut, you’ll be tempted.

I am not me without bacon fat. 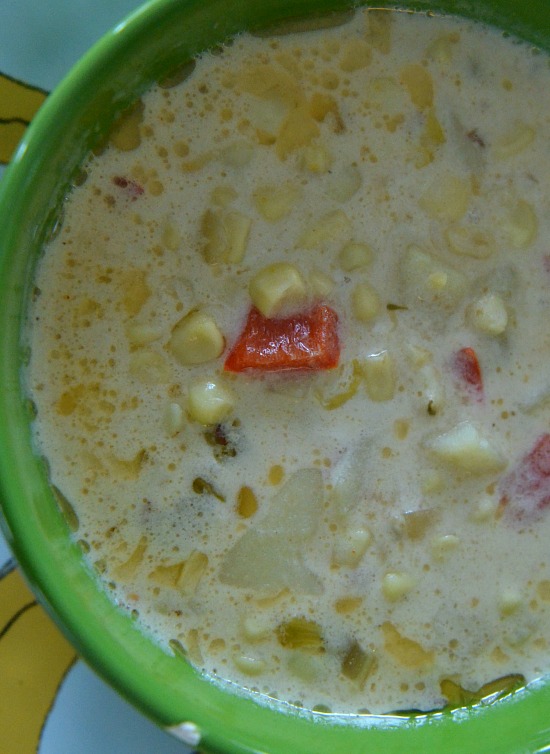