Post Edit:: Y’all are so bossy!  I love it 🙂   Now, let me do some more explaining on the 47 doors in the pantry.   My designer has this computer program that let’s you ‘walk around’ in the house in 3D.  It’s so cool.   I thought I wanted all those doors but because everyone was up in arms about it, I had him change it in the computer in every conceivable way:  one door into the workroom,  double doors into the workroom, no door into the workroom and on and on and on.   What I ADORE about the two doors where they are is that when you’re sitting in  either of the rooms, it adds so much visual interest to be able to see into the other room.  I would almost rather close off the pantry from the living room than remove one of the workroom doors.  {The door from the lr into the pantry will be a pocket door if that helps your door angst!}   But since  you’re all so adamant—–and I’ve been wrong before—- I’ll continue to rethink it.

About the laundry.     One of the things I’ve tossed around is the sliding barn door concept.  If I do that, I’ll have to move them away from the window—which would be fine.   We will either have a central island in the workroom or a central table so there’s not nearly as much available space in that room as it looks.   And now that I’m down to two kids at home, I don’t do as much laundry as y’all imagine and I think I would just hold off doing a load if we were in the midst of some school or craft project.   This was the first inspiration picture I found of the workroom concept.  Visit the Hemlock Springs House Tour at Southern Living to see more! 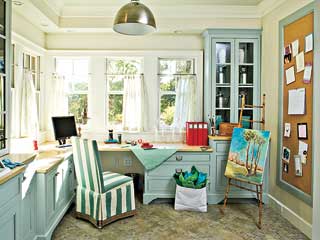 Also, I love your one-island, two islands discussions.   Did you see the two island concept in this Martha Stewart kitchen where one of them has all this open shelving underneath and  is on casters???  I die. 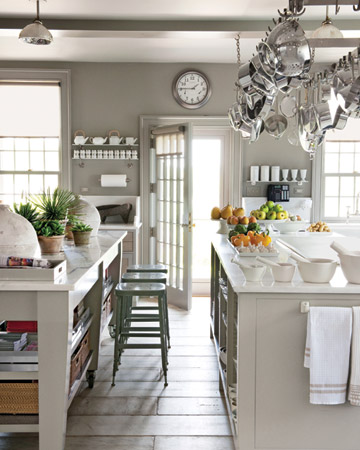 Two more things:  1) I now have a sewing machine!  I bought the same one from eBay that I had before after a down to the minute auction.  I’ve bid on a machine at least ten times before this and lost so I’m considering it a small personal victory.  It’s a Viking Designer One.   I would sew something today but I have no thread.    2) The footers for the house were poured yesterday!

I’m starting a new series here at life{in}grace.  I want to purposely document our journey to restoration by forcing myself to weekly (possibly more) write about the process.

Let’s start with the plans.

You can’t build a house without a plan and this one has taken a lot of tweaking to get (almost) perfect for us.   We had to rebuild on essentially the same ‘footprint’ which greatly limits the type of house that will  fit the bill.   This is basically a story and a half cottage with about 1800 sq. ft. on the main level,  a bedroom and reading loft upstairs and a fully finished walkout basement.   One thing I had to give up was a formal dining room.  I’ve ALWAYS had and used a formal dining room so it’s taken me a few weeks to come to terms with a dining room/kitchen combo.   But what I gained instead is what I’m calling the workroom.  This will function as a laundry/craft/sewing/school/home organization room.  I’m full of all kinds of anticipation about this room and I’m currently accepting any and all inspiration photos!   I plan to have some built in desks in that room along with a built in sewing table.  (Basically countertops with open space underneath). 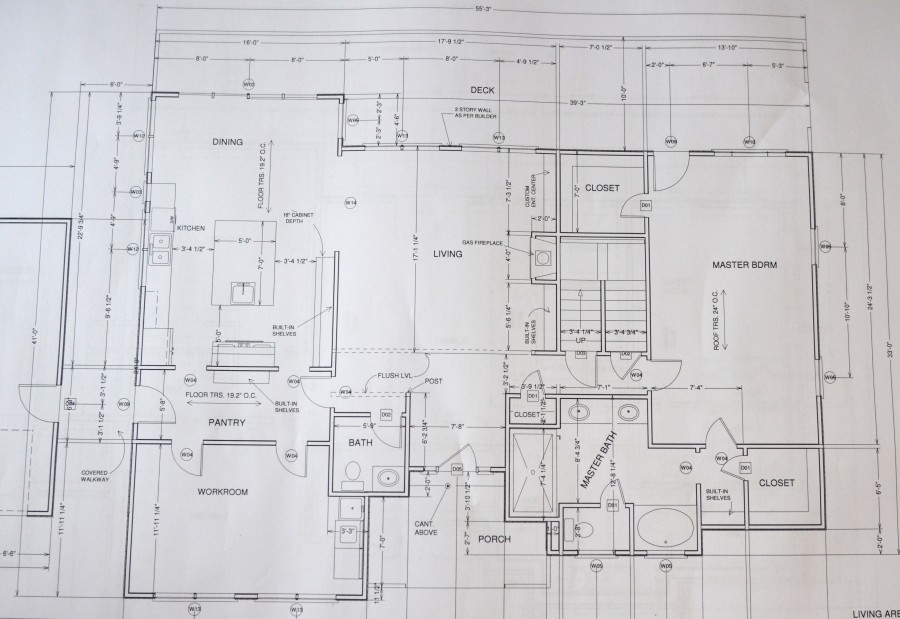 This is a close up of the kitchen/scullery (female version of a butler’s pantry!/workroom area.

Here are some things to note about the current/ever-evolving plans for this space.  Check out my tumblr site for pics of Martha Stewart’s kitchen, which provides ample inspiration in all categories!

1.  I’m currently still pondering whether I should have one big island or two smaller ones.  Your thoughts?

2.  There will be open shelving beside the refrigerator and built in shelving/bookshelves/open shelving on the kitchen wall that is shared with the living room.

3.  There will be a prep sink in the scullery, along with a wine refrigerator and an additional ice maker.

4.  The so-called scullery (pantry) will also funtion as a mudroom/prep area.   Accepting ideas for this space as well?!

5.  Yes, you see that right.  My draftsman asked me more than once if I realized that the washer and dryer were open to the workroom.   I like it that way—at least in theory.  It’s a workroom so the ‘tools’ of the room can be showing, I think.

6.  Study these and get back to me.   But only minor changes can be made now so don’t go moving walls and such 🙂 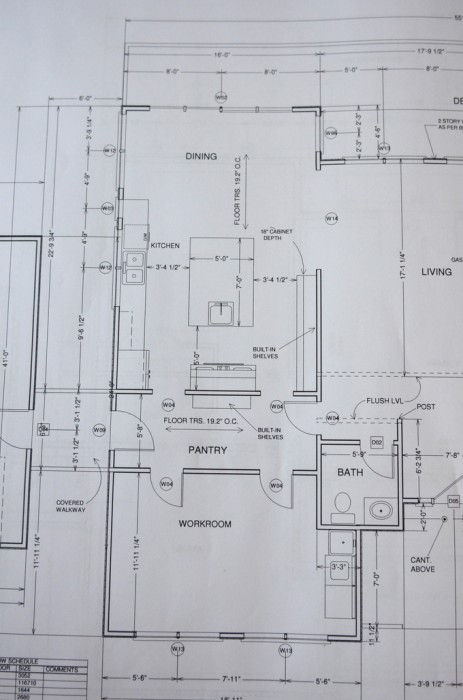