::Spoiler Alert::
Though I’m guessing that most of you who are going to read them
have already! 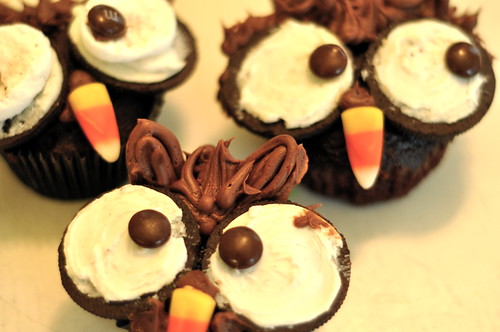 The first Harry Potter book, The Sorcerer’s Stone, was released in 1997, when my son Taylor was 7 years old. I bought the first book and we read the first five or so chapters aloud before I began to hear the siren calls that the book was demonic, full of witchcraft, and ought to be renounced by christians. I obeyed the cry of James Dobson and others to keep the book safely from my children—–until last Monday. I’m also ashamed to say that I likely criticized J.K. Rowling during the last twelve years without knowing much about her and certainly without reading the series or watcing the movies for myself—all the while, secretly wondering if I was misguided in my uneducated summation of her work. In retrospect, I don’t think that was a very academic or even a very christian thing to do. I’ve had to do a similar sort of eye-opening on many subjects since I’ve become Lutheran, so I’m accustomed to the routine of relearning, of challenging old dogma that once ruled the day in my life.

So, after twelve years in exile, I resurrected the first book and the little girls and I are reading it ravenously. Perfect for the upcoming Thanksgiving holidays. I’m not sure what first kindled my interest in Harry Potter again but I think it has something to do with the fact that I’m taking my 17 year old to see New Moon tonight—-another series of books with themes that some have called ‘questionable’ for christians. You can listen to a distintively christian review of the Twilight Series at Issues Etc, which I highly recommend, but that’ll have to be another post for another day.
Imagine my surprise when I find this series of interviews between Todd Wilken and Dr. Rick Stuckwisch on the Harry Potter books; both of whom are Lutheran pastors I highly respect. And whether or not you’ve read the books or renounced them from your lives, I think you’d find the interviews enlightening. First, J.K. Rowling is not only an extremely well-educated and brilliant writer, but she is a christian. She has openly admitted to the christological themes in the books and not unlike C.S. Lewis, has purposely set out to be subtle with these themes so that the books would have a broader reach and appeal—possibly to engage those who would otherwise be repulsed by a book with overtly christian ideas. Furthermore, she has been harshly criticized for using magic {which she uses as a literary device—akin to the use of technology in the Star Trek series} by the same christians who gladly let their kids read Lewis’ Chronicles of Narnia and Tolkeins’ Lord of the Rings; both of which are full of ‘miracles’ and magic.
And given her christian heritage, it shouldn’t surprise us that in the 7th and last book {the number of completion in the Bible} Harry dies, giving himself up out of love and mercy for others—-then rises again—-not unlike Aslan in the Narnia series. It also seems that even without the themes of mercy and self-sacrifice, the story is compelling in its’ own right—-a story of an orphan boy who grows up in a world full of good and evil and his journey in learning to navigate his often treacherous circumstances.
As I thought about all the hype surrounding these books, especially ten years ago, I found it sadly ironic that had I chosen to continue with the series at the time, I might have found more theological truth in them than I found on any given Sunday at the church I attended. {I’ve since changed churches}. At the very same time that I was so critical of Harry Potter, I tolerated regular preaching and teaching that more often than not, was much more pop psychology than it was Christ-centered theology. I condemned Harry Potter—who turns out to be somewhat of a Christ-type character while sitting by unaffected, watching the oprafication of my church take place. “7 Steps to a Better You” or “40 Days of Purpose” is not the gospel. If I had been as critical of the handling of God’s Word as I was of Rowlings’ handling of magic, I might have spared myself some years of agony. But then the themes of the scripture that run so clearly through our lives, and often so clearly in good literature, are unchanging. We struggle for truth. We wage war—-often at the wrong enemy. In the end, it is only in dying that we are raised to life. The true enemy is defeated. Not with swords. Or magic. Or by ‘my best life now’.
But by the vicarious atonement of Another.
Redemption is really the only story of mankind. {to paraphrase C.S. Lewis}
And perhaps we should rejoice wherever we find it.
* I saw these owl cupcakes online after doing a google search and just used chocolate cupcakes decorated with oreos for eyes, pecans covered in chocolate icing for ears and candy corn for nose. The Hogwarts students often have owls for ‘pets’.