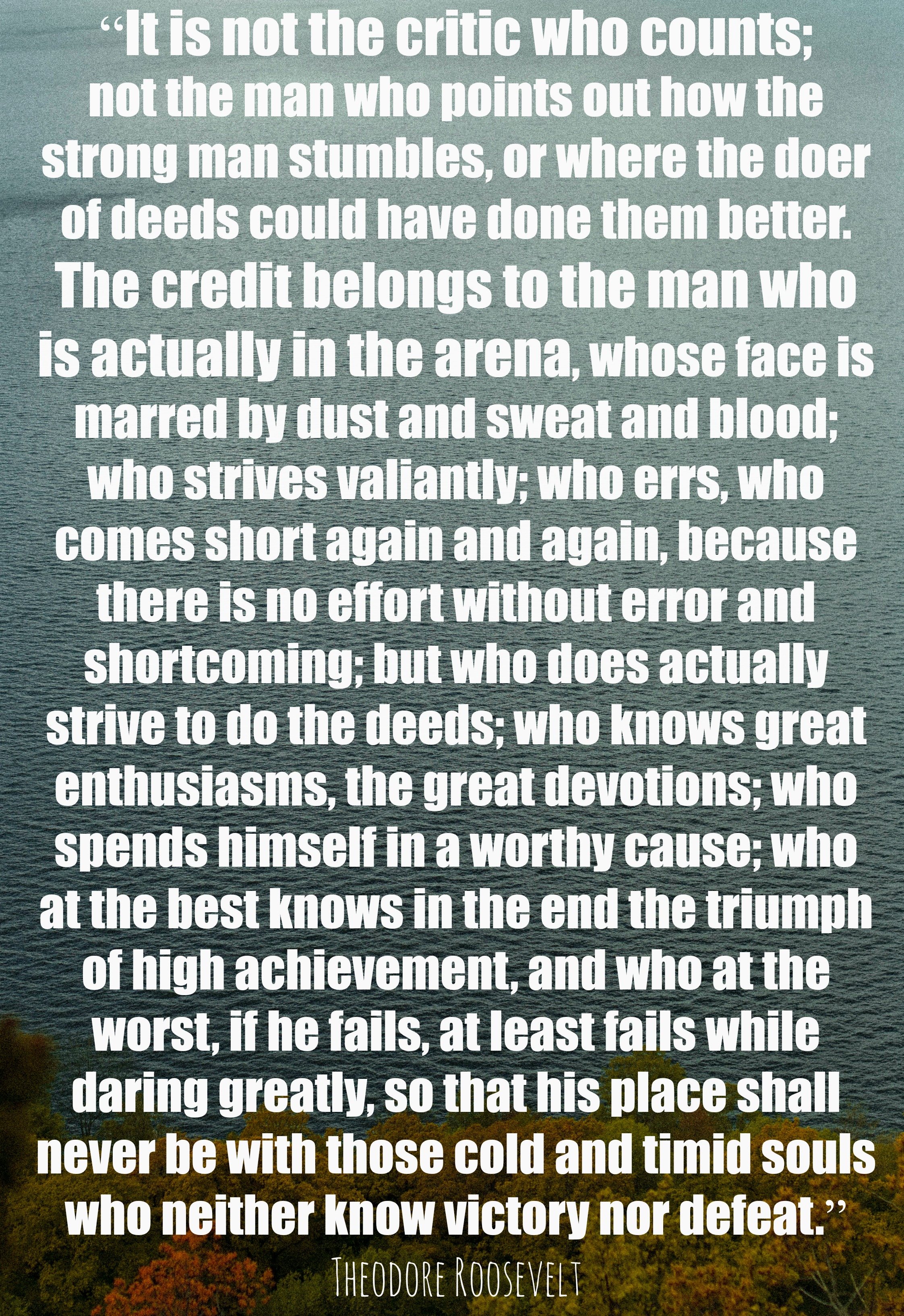 I sat at my desk for nearly 70 hours straight last weekend to finish the rewrite for my book.

I got up a few times for bathroom breaks and to eat, once to shower, and then to sleep.  All total, I’m stunned how many hours of blood, sweat, and tears has gone into the writing of that book over the last year but I can tell you this— the most poorly written book in the world has my respect because what it takes to even begin, much less finish, is more than I ever imagined.

I was ashamed of myself for the times I’ve flippantly criticized someone else’s book or work or life, without really knowing the situation or the person at all.

Being a critic doesn’t require anything from us, we have no skin in the game.

But being in the ring, being the doer, the maker, requires that we face our humanity, that we own our sins and failures, that we get ourselves dirty in the vulnerable art of being a flesh and blood human who offers our work to the world.  It’s easy to be a critic of someone’s parenting style but it’s not very easy being an actual parent.  And so it goes with everything else in life.

The difference is love.

Like our Father who made us, the maker is marked by love—he loves his work and he loves those for whom the work is done.  It’s love that keeps him fighting and making and working so that he can spend himself in service of his neighbor.

What the critic often lacks is love.

And love changes everything.

Most often, it leads to a cross—a place where suffering meets healing, where death meets life, where the whole of our humanity meets the depth of His love, where the one who mocks meets the One whose face is marred with blood.

A place where even we critics can be transformed.