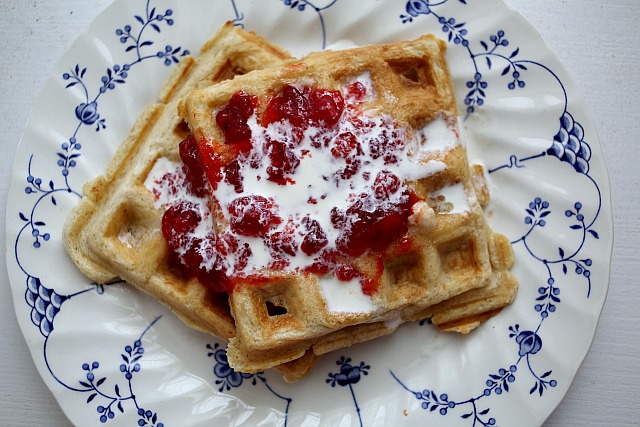 I did a radio interview with Issues, Etc yesterday on the dignity of vocation.  I was nervous as a cat on a hot tin roof, but after the brilliant editing of Jeff Schwarz and the genius interviewing skills of Todd Wilken, I survived and it turned out okay.

Todd said something during our interview that makes the interview worth listening to, even if hearing me yammering on in my Southern drawl isn’t that appealing.

He admitted that part of the reason he went into the ministry was to have an inside track to God.  He wanted to serve God in some kind of direct way, so it seemed the ministry would be the perfect venue for that.  I’ve had a similar hankering my whole life.  I’ve wanted to know God intimately.  I’ve craved an experience with God that would give me some kind of assurance that He is for me and with me.  Most Christians are the same way.  We want God to “show up.”  I hear that phrase a lot and I think I know what people mean, but it gives me pause.  I get it, though. We are desperate for God to show up.  But how do we know when He has?

Many would say that when God shows up you can just feel it.  The “Spirit is moving,” we like to say.  If the music is just right or the emotions are just right or if the a certain number of people walk the aisle—then we’re pretty sure God has been with us.  I think most would agree that our measure of God showing up is flawed, though.  There’s no way to know for sure.  Or is there?  The Old Testament saints might warn us not to ask for an unmediated encounter with God.  Those didn’t usually go over so well.  Just ask Lot’s wife or one of the pharaohs of Egypt.

But, when Jesus comes, in the New Testament, we know that God is here, in the flesh.  He comes forgiving people, teaching them, feeding them and then in the ultimate act of love—dying for them on a cross.  There God is—in the flesh,  showing up in all the ways that matter.  He rises on the third day and manifests himself to His disciples as the risen Lord.  Jesus is how God has decided to show up.

But what about today?  Where does He predictably comes to us in modern times?

+First, He has promised to be where His word is preached.  What is His word? Jesus, the incarnate God is the Word made flesh, so when Jesus is preached, God shows up—just like He promised.

+Two, He has promised to be in the Supper.  “Take eat, this is my body, given for you, for the forgiveness of sins.”  When communion is rightly administered, Jesus is unmistakably present.  He shows up every time—just like He promised.

+And then, in a strange twist of crazy, like only Jesus would do, He shows up in your life wearing the skin of your neighbor.

“Whatever you do for one of the least of these, my brothers and sisters, you do it for me.”

Jesus shows up everyday for you,  looking like your husband and your children and all the rest of the difficult people that populate your life.  And just like Todd said, God doesn’t need anything you have to offer. He’s come to give you everything in Himself.   But your neighbor is swimming in need.  So,  He comes disguised as the guy who served you breakfast this morning or the child who woke you up at 3am, or the little girl from Nicaragua staring at you on the other side of your computer.  And He wonders if you’ll recognize Him.  He hopes you’ll see right through to Him.  Because you’ve been wanting to serve Him so much, you’ve been waiting for Him to “show up” in a big way in your life.  Or at least I have.

And here He is, right in front of you, dressed like a ten year old and wanting breakfast.

It’s not as glamorous or emotional or as life-changing as you had hoped.

But you start making waffles, because Jesus showed up in your kitchen and He’s hungry.

You can listen to the interview segment here.

And if you’d like to join my four week course on calling, vocation, and living with more purpose and passion, we’re beginning a new session in August! Click here to read more about it and watch a sample video!