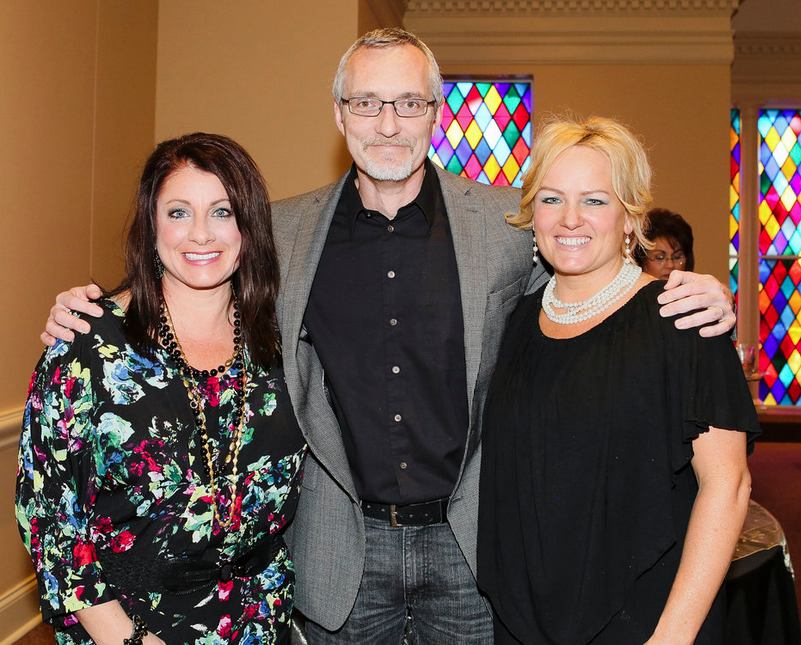 (photos all by  Lisa Price Photography)

Remember back in October when I spoke at Allume?  Well, some of my friends from home came to the conference, both to support their scared friend and to hear the likes of Ann Voskamp and Phil Vischer in person.  You know Phil, right?  The creator of Veggie Tales.  The master mind and voice behind all those vegetables that stole our hearts.

Back in October, I didn’t get to hear Phil speak because of a conflict in schedules.  It was so comforting for me to see the familiar faces of good friends during my talk, since I’m by no means a seasoned speaker.   (The conference sessions are now available for purchase.)

That weekend my home girl Jeannie became a Phil Vischer super fan.   And when I say super fan, I mean she began to  admire his work with zeal.  Jeannie and I ended up on being the decorating committee for our classical school’s largest fundraiser, Truth and Treasure— a fancy-ish sit down dinner in which we needed to transform a church gym into a beautiful venue and find a well known dynamic speaker.  Jeannie campaigned and prayed  that the speaker would be Phil Vischer.  His people finally said yes but we all knew that he never had a fighting chance against Jeannie’s prayers.

Jeannie was not only a genius at finding a speaker but she was amazing at church gym vision. 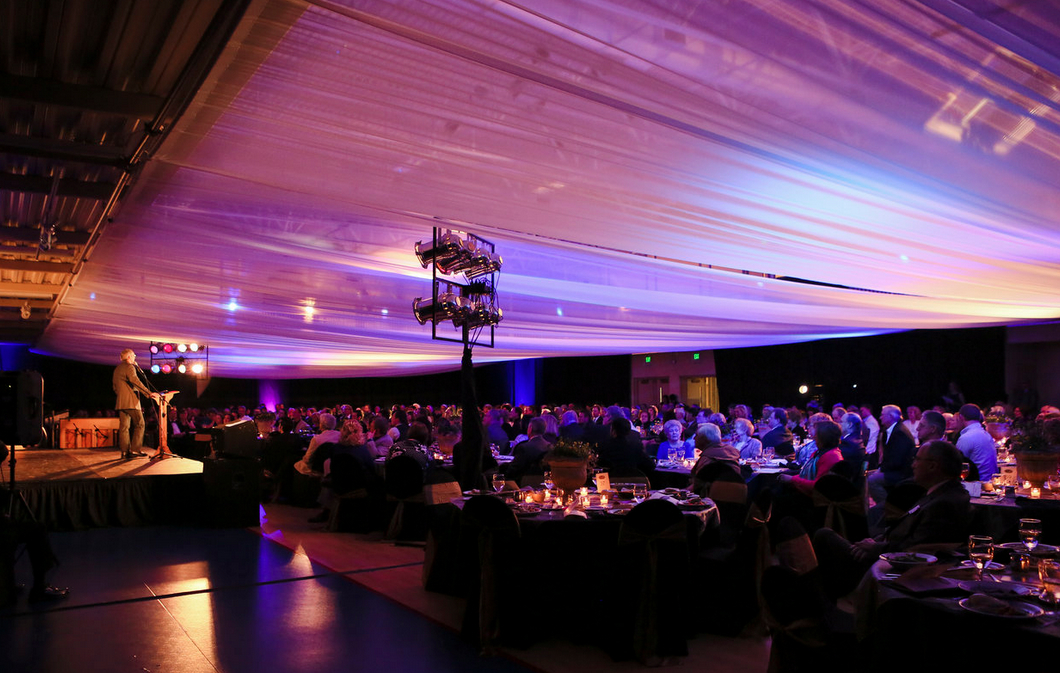 And can I just stop here a minute to say that big venue decorating is not one of my spiritual gifts?  Karaoke singing? Yes.  Heavy eye makeup wearing? Sure. Coal Miner’s Daughter quoting? Of course.

Decorating a gym and 45 tables?  Not so much.  It looked beautiful, magical even.  Hats off to my darling and lovely friend, Jeannie Jett and to the slew of people who made this evening possible!  Our fearless leader Evi had the night planned in her heart many months before, using the theme of Esther—For Such a Time as This—as our guide.   She had spreadsheet after spreadsheet of exactly when and where everyone was supposed to be at all times.  This would be a good time to mention that spreadsheets are not my spiritual gift either.

But, these women know how to host a rapturous evening of great food, beautiful art, and inspiring speaking.  I’m thankful I was along for the ride. 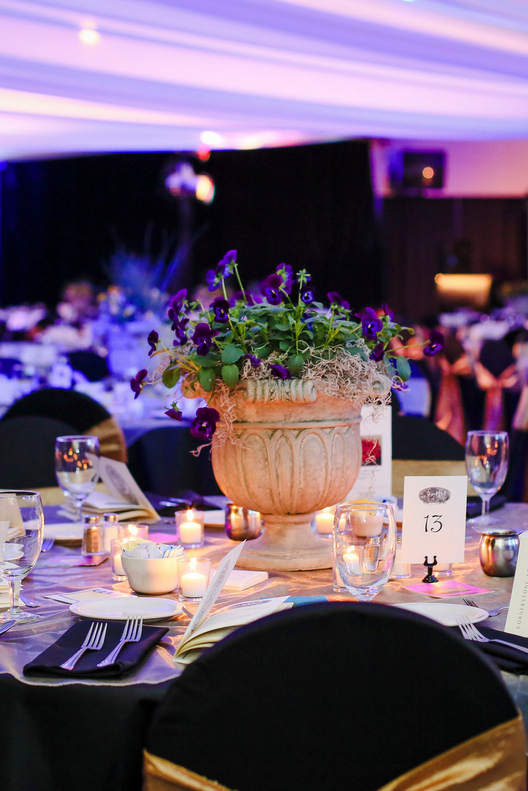 (Side note:  I threw my back out from lifting those urns 7 million times but other than that, all I have are the loveliest memories!) 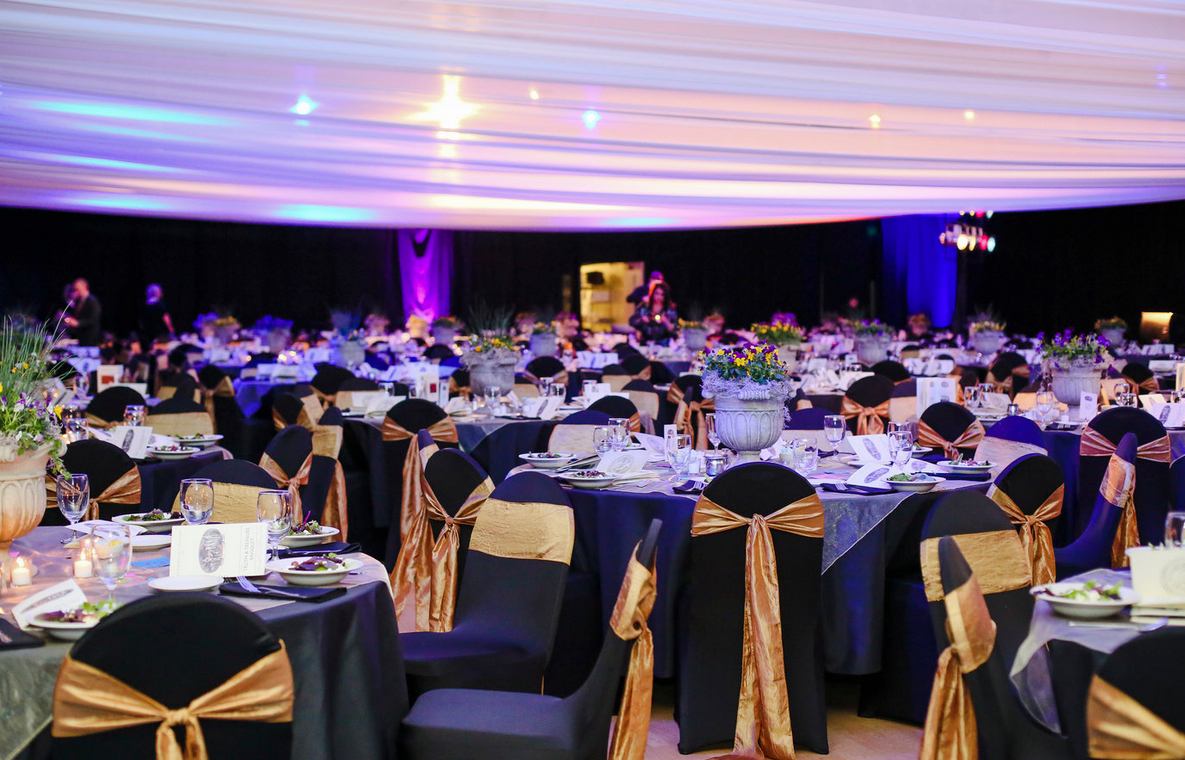 We had a VIP reception before the event where Phil had agreed to sign books and mingle with our people.  In Chicago where he lives, he said that most people don’t even recognize him in public.  Our people brought their old VHS tapes, t-shirts, books, and even small children for him to sign.  Okay, maybe he didn’t sign the children, but our little town made him feel special.

He was adorable and funny and approachable and in general the nicest guy you ever want to meet. 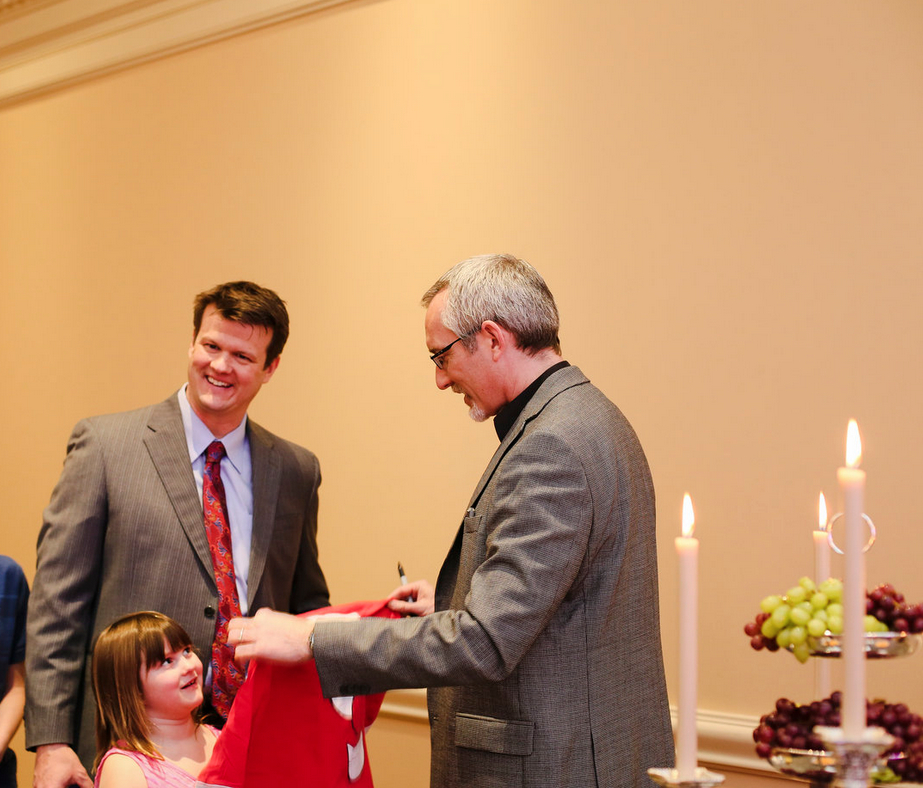 He stayed in the reception 30 minutes past the time we asked him to and Jeannie and I were finally given the task of removing him from the room so he could have a few minutes alone to think before his talk.  Only then we remembered that there were another 100 books sitting in boxes for him to sign before the evening was over.  We approached him and told him that we would be his bouncers and  escort him out of the reception into a more private setting so he could sign the remainder of the books and prepare for his talk.  We ended up in a church cafeteria with the caterers and a lot of clanging dishes, but only after I basically let EVERYone who approached him along the way get all their stuff signed and chitty chat with him about how much Veggie Tales had meant to their families.  Actually what I did was take  their iPhones and get pictures of them with Phil ALL the way out of the reception room.  Note to event planners everywhere:  Never ask a Southern woman to do a job that involves being direct and matter of fact.  This is a skill set we do not have. (“Honey, let me have your phone and I’ll get your picture with Phil!”)

All that to say, Jeannie isn’t the only one stalking him now.  He’s an amazing, kind and brilliant artist who continues to great work for the kingdom.  His story of losing his company after so much success was so one of the best talks I’ve heard in a long time.   You can read about it in his book Me, Myself, and Bob, which is FANTASTIC!

He has a weekly podcast  and a blog and often covers the issues pertaining to Christianity and culture.  He’s very smart and thoughtful and has a brand new program out for kids called What’s in the Bible.

What I’m trying to tell you is, if you aren’t following Phil, you’re missing out.

Also? I’m waiting for the email any day where his staff asks Jeannie and me to travel with him and be his bouncers.

Let’s face it, it would make the stalking easier and everybody would get ALL their stuff signed and plenty of pictures with Phil. 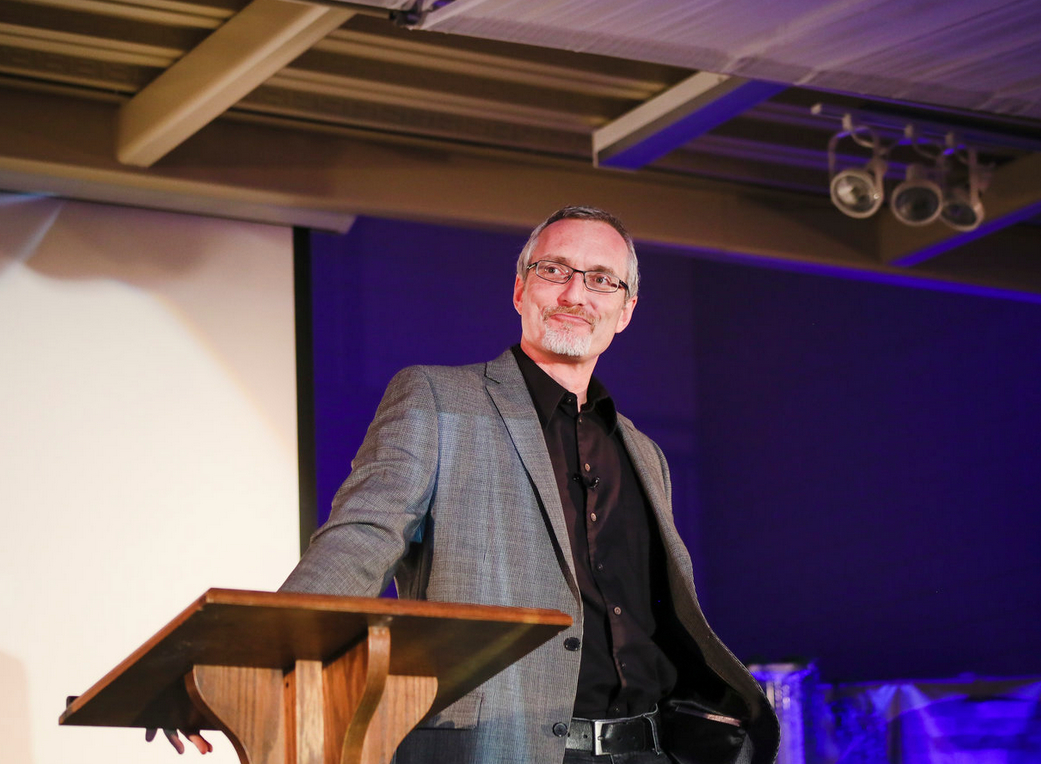 Also? I know all the words to the hairbrush song so I’m sure that would come in handy on the speaking circuit. 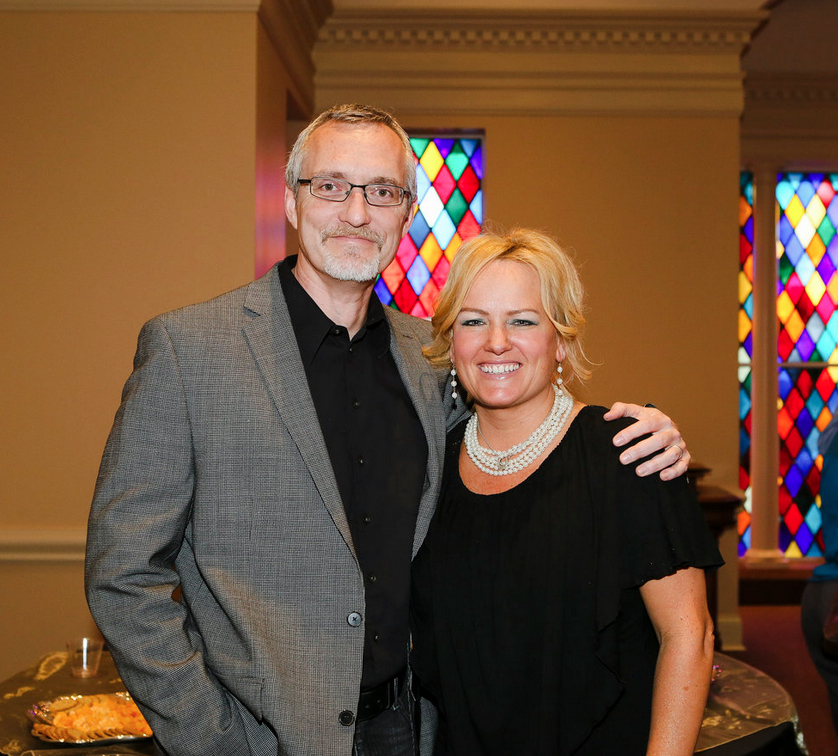 During the month of March, his video series What’s in the Bible is 30% off  and is a great resource for teaching kids the faith.  He even has a version you can use for VBS.

And here he is giving a convocation at Liberty University.