1.  I had to take Hank to boot camp today and he stays for three weeks.  It wasn’t easy to leave him there.   This photo both comforts me and assures me he needs to be there 🙂 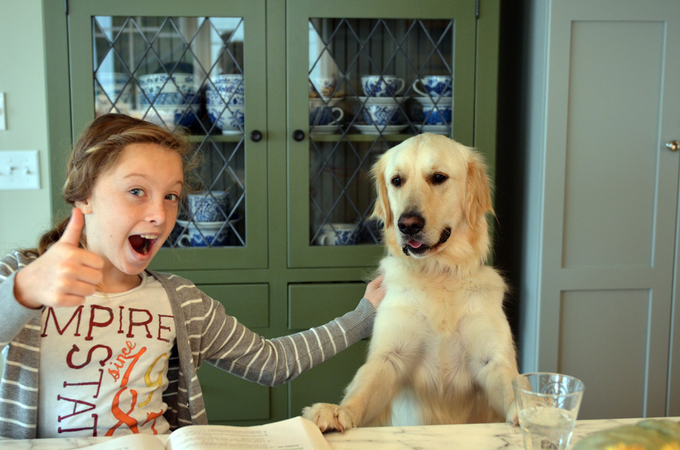 4.  The power went out on us and our house guests for awhile tonight.

6.    But my photos were too dark and I can’t properly retake them until daylight.

But, just so you don’t feel totally cheated, here’s a peak at the powder room! 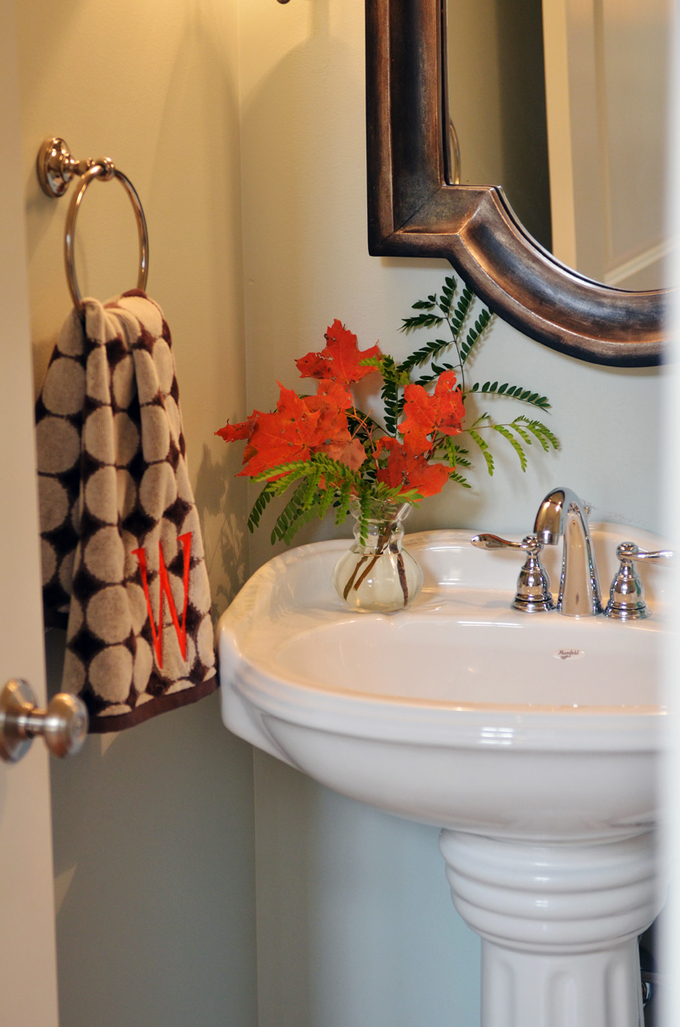 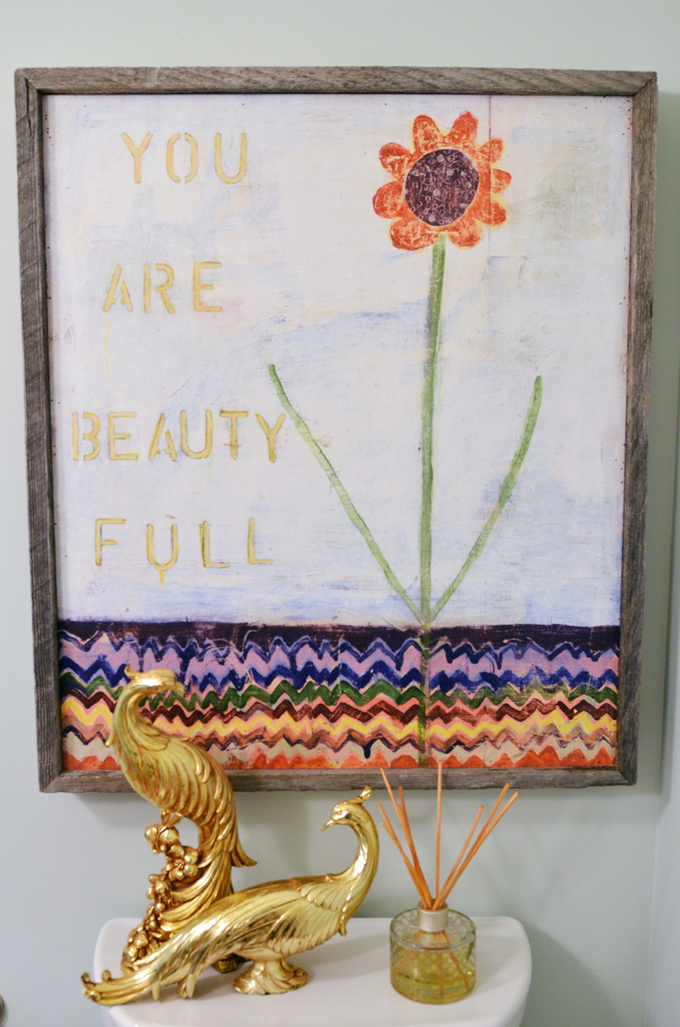 You are beauty full, you know 🙂

I hope to do better tomorrow.