This could  be a tiny exaggeration but this may be the first time I’ve sat down in two weeks.   I fear my eyes are permanently blood-shot and my hands ache so bad that I’m threatening to make a doctor’s appointment.   And not with myself.   All in all, the move went very well.  This house in unbelievable.   The mornings and afternoons and evenings by the lake are just unreal.   Someone pinch me.   On second thought, don’t pinch me,  I’m aching all over as it is.   There’s still a mountain of work to do at the other house—and plenty of stuff to sell or give away.  I’m planning on having a moo-ving sale next weekend but I’ll let you locals know for sure.

Speaking of moo-ving,  don’t you love my cowhide footstool from IKEA?!?!?!   I went to IKEA wholly given over to the idea that Steve could finally get his recliner.  I’m not a fan of recliners.  Not a fan whatsoever.  But the Ecktorp one from IKEA was the least offensive one I’d ever seen and I was ready to lay down my decorating weapons in lieu of reclining comfort.  Only when we got there, we found out that it’s not slipcovered.   And the only one they currently sell is the one that looks like a bad pair of  really blue,  blue jeans.    (My profuse apologies to anyone who owns this recliner—it’s so comfortable–and under the right circumstances, I’m sure it looks just dandy).

So I used all the diplomatic savvy I could muster and convinced him that the  slipcovered non-reclining chair paired with the cowhide footstool was a much better option and insanely more manly and functional.     I think it’s my favorite piece.   I can’t wait to show you more pictures but it may take awhile……. 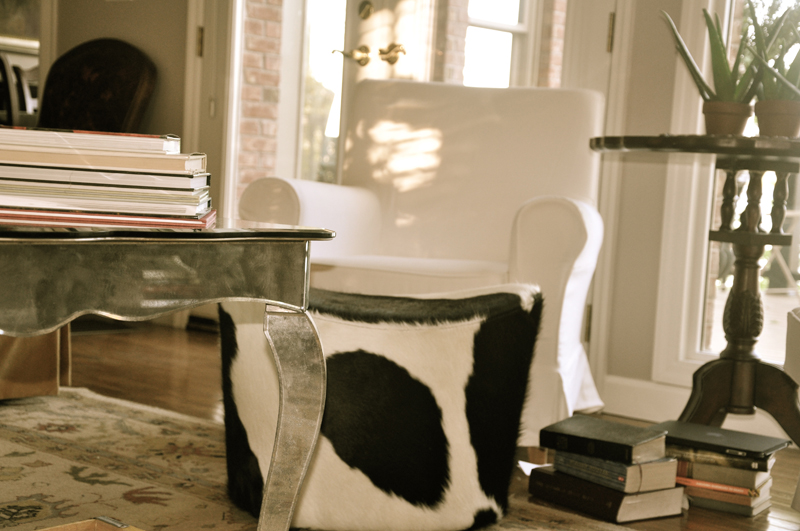 Who can possibly work under these circumstances? 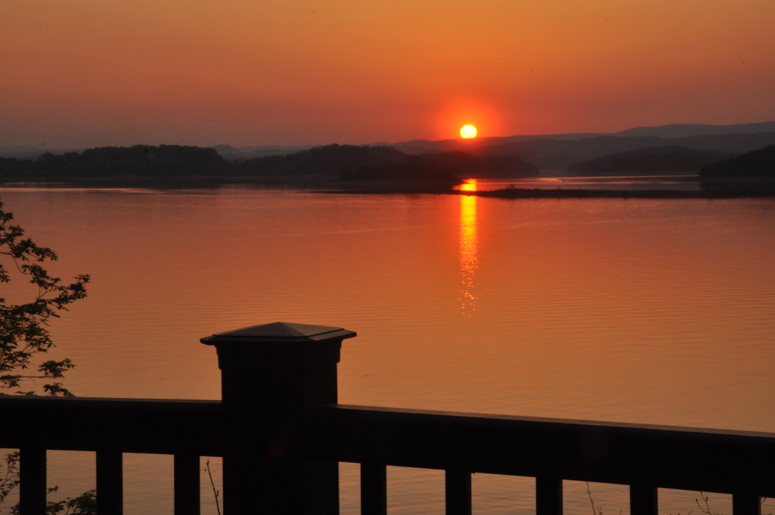 By the way, I did a whole post the other day on the “24″ extravaganza at Issues Etc and the next day the post disappeared. Just ‘poof’—GONE. It’s in my reader but not on my blog. Has anyone ever heard of this?! I’m bamboozled by the whole thing. Someone tell me what possibly could have happened? Or in my moving daze, did I just dream that I wrote a post on it? But no, some of you had already commented. I’m not crazy am I?