{in the following true story, the names have been changed and faces hidden to protect the innocent}

It happened the first day they went outside to play after Christmas.    They came in with cold chapped faces and forlorn little hearts.

“Mom (in a pitiful, woe-is-me little voice),  guess what such-and-such got for Christmas”

“Well,  Sally got a DSi,  Myrtle got a cell phone,  Hattie got a laptop and EVERYDODYYYYYYY in the whole neighborhood has a Wii except for us.   {voice gets decidedly whinier}  I’m not saying I don’t like my doll and my new underwear because I do—-but why would Santa not at least bring us a Wii too.   I mean I know it wasn’t on our first list but nobody’s ever gonna want to come play at our house ’cause all we have to play with are dolls and stupid legos. (uncontrollable sobbing ensues)    And I hurt my leeeeeeggggggggggg.     Can you {sniffle} make {sniffle}  me  {sniffle} some hot chocolate {sniffle}  and read Harry Potter?”

So that’s how it started.   And from then on, everytime we were gonna see new friends, we had THE talk.   You know the one.

“Okay girls, now we’re gonna see some friends that we haven’t seen since Christmas.   Ask them if they had a great Christmas and maybe something fun they did—but don’t ask first thing—‘what did YOU get for Christmas’—–remember, Christmas is about the birth of Christ and being together with your family.    And when they tell you what they got, be thankful that your friends were blessed so much and had a great Christmas.    ANd then move on and talk about something else.   K?”

And I don’t come down too hard on them about being ungrateful little wretches.   And it’s not that I’m against electronics.   I happened to be completely infatuated with my MacBookPro.  And my amazing iPhone.  {which my 7 year old can navigate better than me—-I knew I was in trouble when she set my ring tone to a quacking duck and I had to ask HER to change it back. }   But somehow I’ve managed almost twenty years having kids that were only very minimally into electronics.  So, I’m holding out as long as I can.   But,  I’m the same way when it comes to coveting.  We all are.   Which is why we all desperately need the forgiveness that only Christ can give.

We’re almost finished with book three of Harry Potter so we spend a lot of time in front of the fire reading—-and while I read, they play stupid legos.

Imagine the inner laughter I had to contain when I took notice of their lego houses.    It’s a veritable house of electronics.   This family has a Wii–stocked with plenty of games—-an xbox and a DSi.   The  lego kids even had laptops and tv’s in their rooms.   And not one more mention to me (at least not yet) of how dreadful it is to live in our house sans electronics.   This is a win-win all around.    I get to be amused listening to them make rules to the lego children about how much time they’ve been playing Wii—–AND  I don’t have to buy a Wii.   I love legos.  And apparently my children do too. 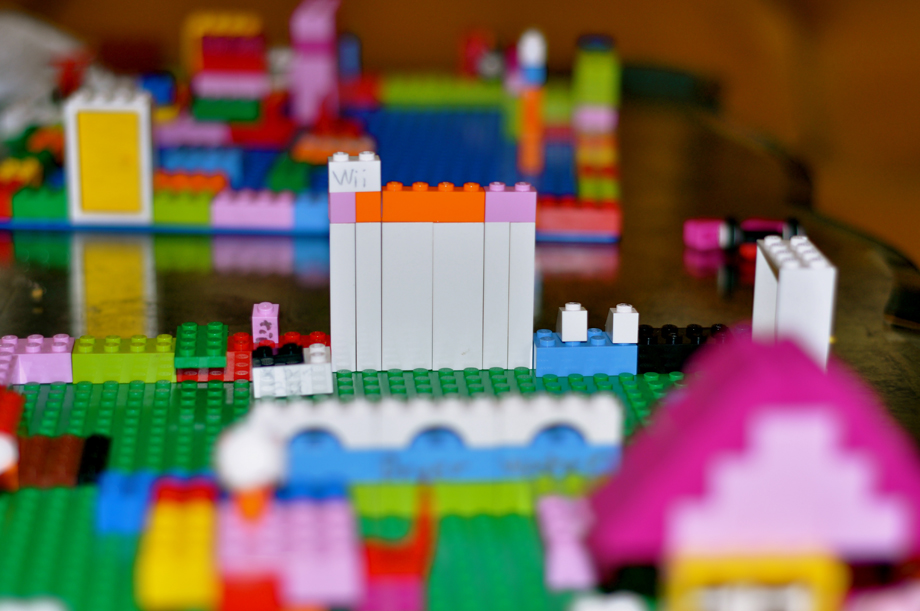 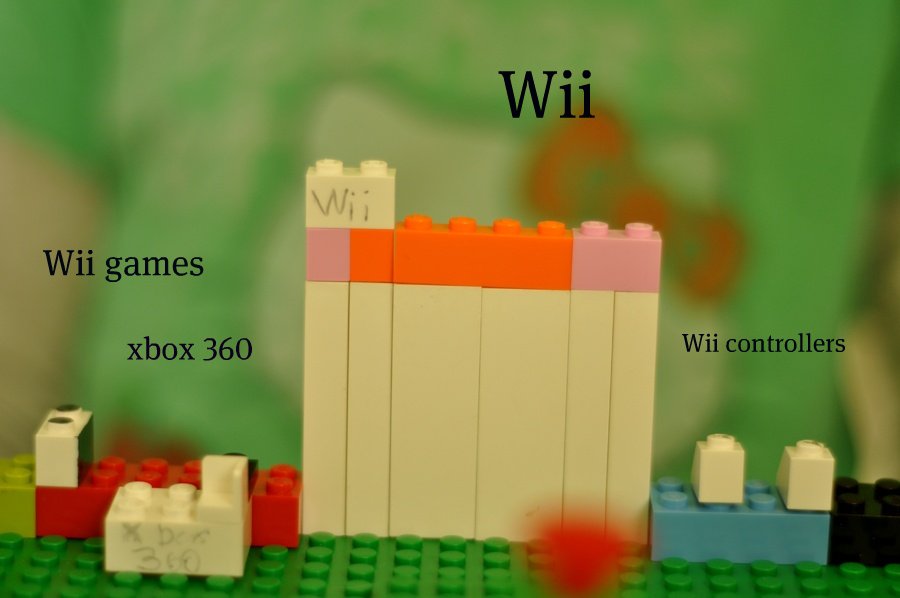