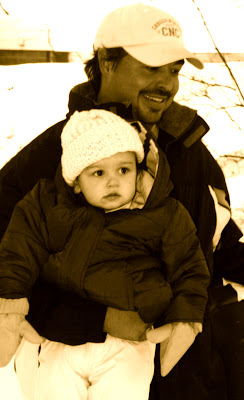 Have you ever ridden with anyone who was a brake pumper?  Who, say 75 feet before you reach a light that’s red, pumps the brakes 4 or 19 times?  And then even after you’re at a complete stop, pumps 3 more times.  And if you were mid sentence during the pumping, you’re sentence would become, “Do. you. still. want. to. go. see. the. King. Tut. Ex.hi.bit?”   And after a whole ride to church , a mild case of whiplash ensues.
Well, Stevie is a pumper.  Sunday mornings he drives us to church in his car.  Because it would take 25 minutes for me to clean mine out enough so that he could sit in the front seat.  And then he’d try not touch any surfaces and he’d look around as if he were scared and then ask when was the last time I changed the oil.  So, taking his car is way easier.  His car is pristine and devoid of any evidence that he has eight children and two dogs.  With a full tank of gas. And recently changed oil.  Mine screams, “This woman has 14 children and 5 shedding dogs and is apparently legally blind”.
I can’t remember how I pointed out the pumping to him.  I don’t think I said, “Hey,can you ease up on the pumping?” I think it was more like, “Have. you . ever. noticed. how. Eddie. pumps. the. brakes. a. L.O.T. when. he. drives?”  Eddie is his dad…. who happens to be one of my favorite people. But Stevie comes from a long line of pumpers.
I say all that to say that Stevie is so sweet and now is conscience of his pumping.  He apologized for pumping last week and I didn’t even notice the pumping. that. time.   We all have little things that we do that we probably aren’t even aware of.  I’m glad he doesn’t write this blog or he’d tell you all mine.  But he could just have easily said, “Look, I’m a pumper.  And that’s just Who.I.Am.  Deal with it.  Or clean your car out.”  But instead he thinks of others and lets this new awareness ‘in’.  I don’t know why, but that makes a girl go weak in the knees.  It makes me thankful that I’m married to a man who says I’m sorry and who is willing to rethink the way he drives his car.
I imagine that when he’s alone, he pumps those brakes a lot. and real hard.  Just. because. he. can.  But what a man to keep the ride smooth as silk when the girls and I are with him. Or to at.least.try.